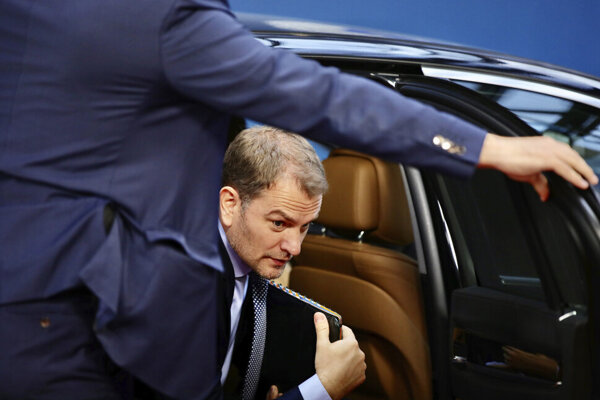 This could turn out to be a golden era in Slovakia's history: within a few years, the country could make a leap among the European and in some fields the global elite, thanks to the money from the European Union and the courage and wit of its politicians.

In the coming years, Slovakia has €40 billion to spend and if it comes up with grand modernisation projects, the civilisational breakthrough will indeed come about.

Fortunately, the country has a fresh new government - in neighbouring Czechia, all of 2021 will be spent campaigning. Slovakia has a cabinet that embraces the ethos of change after the dark mafia years, the murder of a journalist and his fiancee, after the civic unrest.

Few European countries have such opportunity to make use of the post-coronavirus efforts of the European Union.

But could it be that in a few years' time, there will be a deteriorating Slovakia, deserted by its automotive industry, a country even more divided by politics, values and on a human level, while both the old and the new oligarchs will be laughing hard backstage.

Yes, the decision that Slovakia is facing is that serious. And these are the weeks when the country is preparing to take it: a decision between poverty and prosperity, between an unemployment rate at 5 or at 20 percent, between the departure of the most capable (young) people or their return home, between caring for the climate or damaging it, between a decent or a harassing state, between a Slovakia for all or a Slovakia for the chosen.

After the summit, all the EU countries are dealing with the same assignment. The task is different for Slovakia mainly because the country is very much dependent on one field with an unclear future (car production) and is terribly behind in areas that are important for success in an uncertain future.

First things first, let's sum up what kind of money we are talking about.