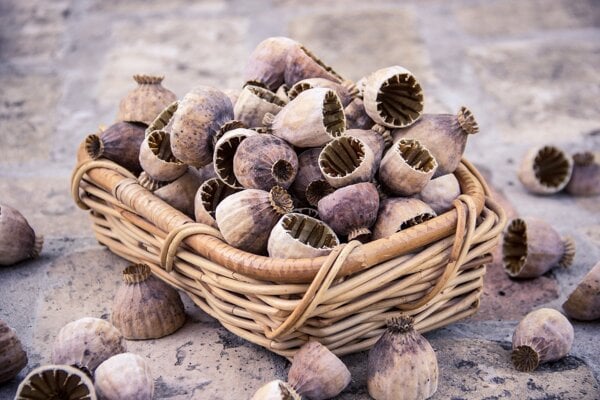 But for Slovaks, whose smiles are not uncommonly dotted with small black seeds lodged between teeth, sprinkling poppy seeds over noodles – or any other savoury or sweet dish – to make a hearty meal, is perfectly normal.

This may be unsurprising though given Slovakia’s long affinity with poppies and its recent history as a major poppy seed producer.

According to Jozef Fejér and Ivan Šalamon of Prešov University in their article The tradition of poppy cultivation in Central Europe, Slavic tribes brought poppies to Slovakia sometime between the 4th and 5th centuries. But the first historical mention of them being grown in what is the territory of modern day Slovakia dates from the 19th century.

"In the Old Kingdom of Hungary, poppy [seeds] were known as a Slovak dish,” Fejér wrote, adding that the plants were mostly grown in the Bratislava, Nitra and Zemplín regions.

There was even an old saying that Slovaks would ‘always grab a piece of land to grow poppies’ because they liked eating seeds so much, Fejér wrote.

Thank you for singing up. Shortly an email will be sent to the address you provided to verify your e-mail.
Error! Please try to register again later, your e-mail was not registered.
Your email is not in a correct format.
Please confirm you are not a robot.
Share on Facebook (169)Comments disabled