It is a victory of common sense, political analyst said. 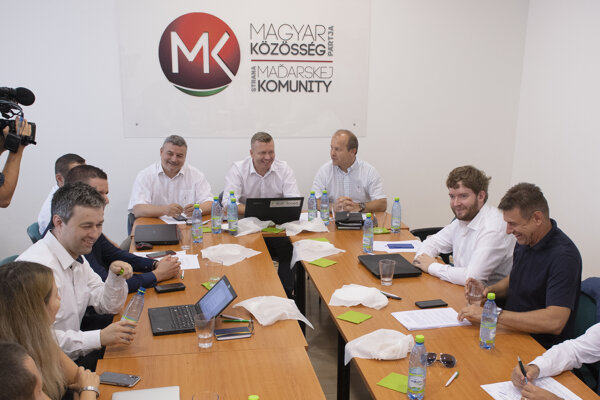 The representatives of three Hungarian parties are discussing their future at the August 7 meeting in Bratislava. (Source: TASR)
Font size:A-|A+9

The Party of Hungarian Community (SMK), Most-Híd and the Spolupatričnosť (Togetherness) movement will sign a declaration on founding a joint party on August 20 in Komárno.

“It’s a historic movement thanks to which the Hungarian community will unite,” said SMK chair Krisztián Forró, as quoted by the SITA newswire.

The working groups formed by the three parties will discuss the new programme and technical parameters of the new political subject, he added.

The new party should be based on the principles of democracy, pro-European orientation and the strong representation of Hungarian and other minorities living in Slovakia, said Most-Híd chair and former environment minister László Sólymos. 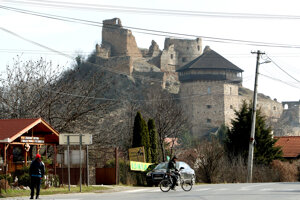 Other working groups will be created to discuss the “critical topics” impacting the parties, like using EU money, said Szabolcs Mózes, chair of Spolupatričnosť. The focus should be to represent the communities living in southern and eastern Slovakia.

“Apart from unity, it’s important for us that there will be some resurrection, that new people with new ideas enter politics,” he added, as quoted by the TASR newswire, stressing unity should be based on topics as the voters are interested in concrete issues, not structures.

Analyst: Chance to make it to the parliament

The decision to forge an alliance of Hungarian parties is a victory of common sense, said Radoslav Štefančík, a political scientist at the University of Economics in Bratislava.

One reason why these parties were able to make a deal was the withdrawal of Béla Bugár from Most-Híd’s leading structures, he commented for SITA. In his opinion, the fragmentation of Hungarian parties was caused only by personal animosities, not the disagreement over topics.

The chair of a newly established party should be a person who can address Hungarians living in Slovakia and, at the same time, collaborate with Slovaks.

“It’s important that the Hungarian parties don’t try to stick with [Viktor] Orbán and the authoritarian regime he has established,” Štefančík said, as quoted by SITA. “They should truly follow the democratic path that is currently more typical for Slovaks than for Hungarians.

He also thinks the new joint party has a chance to make it to the parliament.