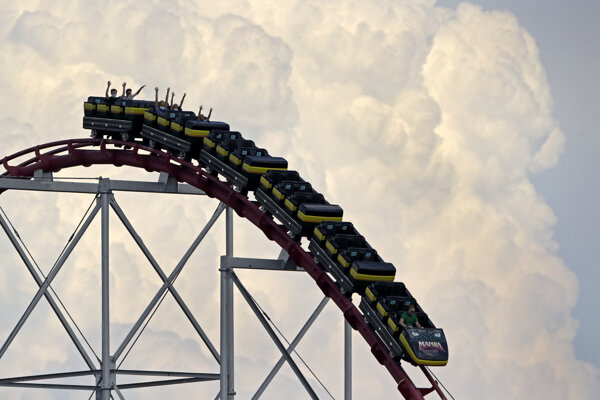 Andrea Sadloňová is a Slovak-born scientist who lived and worked for 19 years in the USA before she returned home in 2017.

Last year I wrote a piece about things that I did not miss about the USA, areas from which I saw myself slowly distancing as I lived longer in Central Europe. In today's piece I describe why I am not losing hope in America.

To explain as a biologist, complex and large organisms are sometimes prone to slow reactions when getting rid of their problems. The wound is open and it festers and spreads. The large organism tries to get rid of it but cannot decide how, cannot get things going, it is too big to be agile and quick, especially when the head is in the clouds due to the size of this organism.

What I learned during two decades of life in the USA, through my education and experiences, relatives and friends that Americans consciously or subconsciously believe in the regenerative power of their country.

The power to regenerate is the holy grail in biology. If we are capable of returning any affected tissue to its somewhat functional state, we can win over any disease - so fitting in these days of the corona pandemic. Societies and political systems are like living organisms relying on their core values to regenerate just like organisms rely on stem cells.

In times of crisis, divisions and polarisations occur. Old traumas are disclosed, new paradigms of thinking are realigned. In all the chaos we sometimes only see different opinions, hostile emotions and enemy intentions. We stop seeing people in front of us and we become invisible to each other. We forget our commonalities and our common core values.

The power of visibility

During my days in the USA I never despaired, even when things didn't go well. A new path always showed up, a kind stranger was always up for a warm conversation, a friend or relative welcomed me to their home. Many people were very kind in sharing their hearts and ideas. I was visible and heard. I was a young girl, a student, and people still saw me, they cared to talk to me and I tried to say things as best as I could in my accented English.

So is the power of visibility, the power of the individual which is one of the core values of the American system. In biology big things do not happen through singular commands, but the system moves through interactions of their smallest units, eventually amplifying their effect. Every unit is important for the functioning state. And so it is in the human system.