The Danube’s southern bank between the Old and Apollo bridges is a piece of Bratislava’s history. 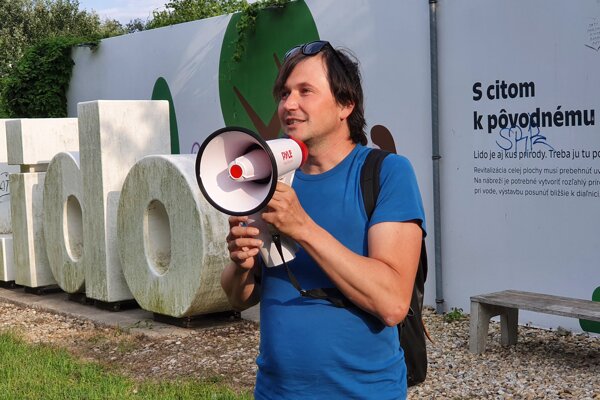 To see and read in this article

-Photos of the area

-Who was behind the launch of the legendary river beach with pools, the Lido

Bratislava used to be called the Beauty on the Danube. Even though architects and urban planners realise that the area opposite the Eurovea development is one of the most central, the dreams, plans and visions of expanding the city centre to the southern bank have not materialised.

Now, the J&T Real Estate and HB Reavis development are planning to build here a new district. They have named it Nové Lido, the New Lido. The name is a nod to the once popular river beach with pools, the Lido. It was a term for the area between the Old Bridge and the Apollo Bridge on the Petržalka side of the river bank, nowadays nestled within the highway stretch. The developers envision a new function for a place they describe as devoid of life.

“You cross the [Old] bridge: a car park on one side, nothing on the other,” reads the Nové Lido project website.

Some people are strongly opposed to such a description of the Lido area.

“This area fascinates me, even though there no architectural gems nor structures important to Bratislava,” said architecture historian Peter Szalay from the Institute of History at the Slovak Academy of Sciences, during a guided walk in mid-July. 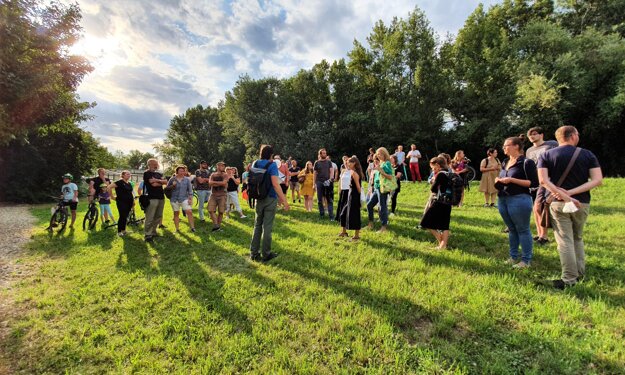 The walk was organised as part of the Urban Imagination Seminar cycle by Transit.sk, a network of autonomous initiatives in contemporary art in cooperation with the Departure of Architecture at the Institute of History. They want to point out the value of this area and start a discussion on how the new district should look.

They insist that the Lido, an area of distinctive natural value, has maintained a non-commercial character and provided a haven to protected animals and plants, as well as keen gardeners, athletes and homeless people.

“It is full of interesting tension and development potential, but at the same time it is one of Bratislava’s most valuable locations in terms of nature and climate characteristics,” Szalay said.

First they tamed the Danube