Some lawyers believe the defendants are only trying to delay justice in cases that defined the 1990s Mečiar era in Slovakia. 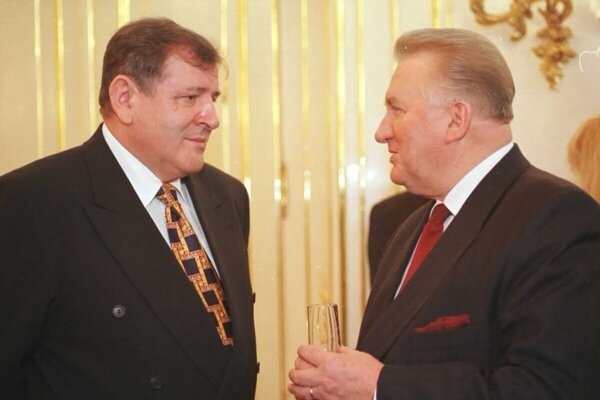 25 years have passed today since a kidnapping that has since become an important event in Slovakia's recent history. Near the municipality of Svätý Jur, just outside Bratislava, eight men blocked the car of the son of then president Michal Kováč. They pushed the 33-year-old entrepreneur into the trunk of a car, made him drink a bottle of whiskey and left him in a Mercedes parked in the Austrian town of Hainburg.

The case of the abduction of Michal Kováč Jr has still not been closed, and nobody has ever been punished for the incident. The public had invested big hopes into scrapping the so-called Mečiar amnesties linked to the case. But even that has not changed anything so far. More than three years have passed since the amnesties were scrapped, but none of the cases linked with them has been closed.

"We must allow, like with other cases, that they would still ask us one, two, or five years from now, how is it possible again that nobody has been sentenced. We must not allow it," former President Andrej Kiska said three years ago.

The abduction case is not even close to ending. The approximately 20,000-page case file first spent about half a year with the president of the senate of Bratislava III District Court, Karol Posluch, and later they waited for two judges to be vetted. They needed to be checked by the National Security Bureau (NBÚ) before they were allowed to study the file and participate in deciding on the case.

Related articleThe man who stood up against Mečiar Read more

Even after, the court has not been able to open the case against 13 defendants, among them the former intelligence service SIS head, Ivan Lexa. Lexa's lawyer Marek Para requested the court to suspend the proceeding and has turned to the Court of Justice of the EU (CJEU). He succeeded with his request.

"The issue was electronically filed to the EU court on May 11, 2020," the spokesperson of the Bratislava court Pavol Adamčiak said.

The Bratislava III District Court asked the Luxembourg court to deal with the issue as an urgent matter "because it is an issue linked with an arrest warrant."

It is not clear for now what issues Luxembourg should answer. It follows from Para's statements that the court should give an opinion on whether it was even possible to punish the defendants for deeds originally covered by the amnesties.