Two routes will lead tourists to the majestic peak, both offering mesmerising views. 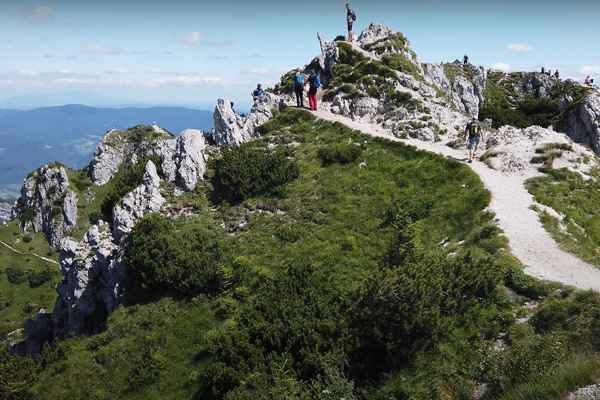 If you have ever seen the logo of National Park Malá Fatra (Žilina region), you might wonder about the significance of the blue and white rock.

It represents Veľký Rozsutec Peak and the national park management chose it out of many other peaks to represent it. In the end, Rozsutec with its significant shape can be easily spotted from a distance.

Two routes will lead tourists to the majestic peak, both offering mesmerising views. The route can be connected with popular Jánošíkove Diery gorges; check our story about Malý Rozsutec to learn how.

This time, we parked in Štefanová, where the green touristic route begins. From here, the path mostly leads through forest, until reaching the point called Medziholie Saddle, to which several tourist routes lead.