Bratislava has new lookout point – the tower of the Franciscan Church

Franciscans present their history and presence via 3D technology. 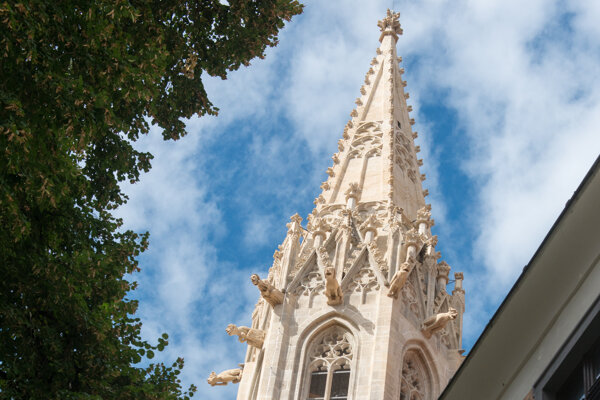 Franciscan Church of Lord’s Annunciation is not only the oldest functional church in Bratislava, but also a popular tourist destination. Thanks to the Monumentis project, visitors will be able to enjoy an unusual view of Bratislava from the reconstructed tower or already now admire rare liturgical objects in the newly established Treasury. A modern 3D interactive virtual tour shows them the destitute condition of the tower before restoration, allow them to walk around the scaffolding or see bullet holes in the walls from the invasion of the Warsaw Pact armies in August 1968.

“The tower offers one of the lesser-known views of the castle and the city,” František Vladimír Olbert from the monastery of the Order of Friars Minor in Bratislava told The Slovak Spectator.

The Franciscans hope that the tower will become another interesting place for visitors to Bratislava. Of the towers, only the Michalská Tower and the tower at the historic town hall are accessible in the city centre.

Interesting history as well as design

The tower itself is set outside the church facade. This is an element that appears in several cases of the architecture of Franciscan churches. Today, the 42-metre tower consists of the lower gothic part from the 15th century and the upper neo-gothic part from the end of the 19th century. 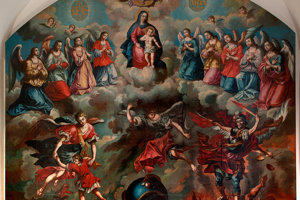 “The condition of the tower damaged by earthquakes and other influences was so critical that the Hungarian Monuments Commission undertook its comprehensive reconstruction in the years 1895 to 1896,” said brother František, adding that the construction of the new tower became one of the most monitored events of Hungarian monument protection before 1918.

The gothic, structurally disturbed part, re-erected in Sad Janka Kráľa park as a garden pavilion, was replaced by a neo-gothic part. The consecration of the restored tower took place on May 16, 1897 in the presence of Emperor Francis Joseph I.

The 20th century was not very kind to the tower. First, the world wars swept through the country, followed by decades of the communist regime neglecting churches and monasteries.

“Metaphorically speaking, the church and the monastery did not have a master for 100 years and their condition reflected that,” said brother František. “The sandstone from which the tower is built began to crumble and whole pieces of stone began to fall down.”

The Franciscans began to tackle the poor condition of the tower in the autumn of 2016. They developed a project within the EU programme of cross-border cooperation and development of tourism with Hungary, which included the tower’s repair.