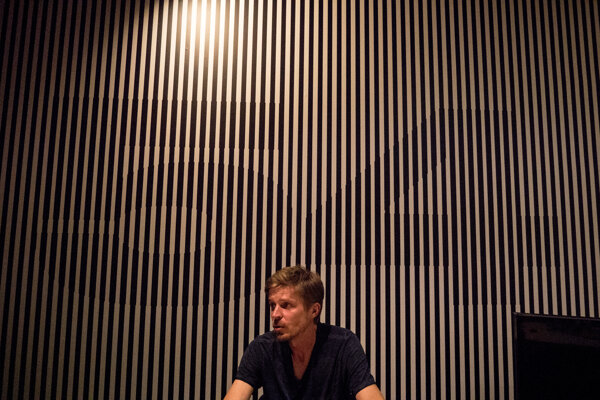 Slovak director Marko Škop during an interview before the screening of his film 'Let There Be Light' at the 54th Karlovy Vary International Film Festival on July 1, 2019. (Source: TASR/Dominika Petráková)
Font size:A-|A+11

His latest film points to nearly all the issues that Slovakia is facing right now: economic backwardness, rising fascist tendencies, tacit approval of the Church, inactivity of the police, and cooled relations.

Only a week ago, MARKO ŠKOP won the Sun in the Net national film award [Slnko v sieti] for best director, with his drama Let There Be Light [Nech je svetlo] becoming the Slovak film of the year.

The film came to cinemas last September, and Slovakia immediately sent the drama to the Oscars to compete in the foreign language films category. At that time, Škop could not know what else would be affecting Slovak society a few months on.