In the eagle's nest: Orava castle

Visit a magnificent castle with a rich history that has appeared in many, even international, films. 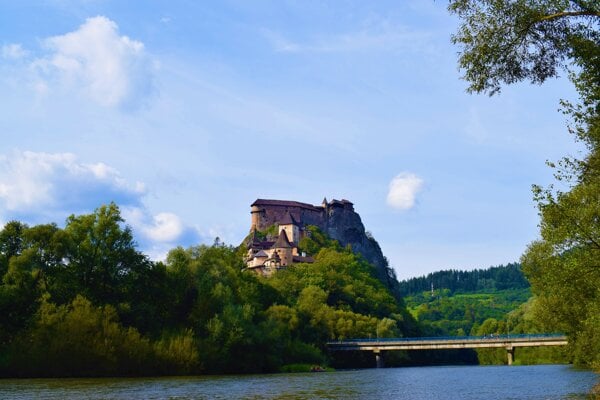 When walking the long way home they put a hat with a feather in it. To show they are off the market.

It was very long. The lonely nights were even longer, but the breaks in the villages made it delightful.

And the feather stayed hidden in a pocket.

Wooden raft-pilots were like river titans, strong and unconquerable.

Salesmen of the river they risked heavy and unpredictable river currents, aboard unstable wooden rafts.

They transported canvas, salt, dairy products. From the Slovak Orava region to the Black Sea.

A journey of ten days.

In the darkness, under the star spangled sky, by light of the moon.

They wore hats embroidered with mussels. The number of which showed their seniority.

The route ran below "the eagles nest", that is Orava castle.

Home of aristocrats, witness of many battles

The majestic stone castle stands proudly on a 112 meter high cliff surrounded by the Orava River. The building was constructed in 1261 after the devastating Mongols invasion, it replaced a wooden fortress. Along its corridors and 155 rooms walked Matthew III Csák of Trencsén, an oligarch, ruler of the Váh and the Tatras and Hungarian king Matthias Corvinus.

And the mining magnate Thurzó Family. The Slovak Medici and Fugger, who supported education and the arts. And with pleasure took 754 steps to the highest castle tower to supervise the Via Magna trade route.

They organized many parties and political meetings. The castle was not only a hot spot, but also a witness of many battles and military conflicts.

Not only the fairy tales

The castle found its place in many films. The scenes of the 1922 horror movie, Nosferatu, were filmed here. The castle standing in for Count Orlok's Transylvanian castle.

And a famous fairy-tale King Thrushbeard, for which even an artificial islands on the Orava river was constructed.

And at night, the lady of the castle, Erzsébet Czobor walks the whole ways, lantern in hand. She is keeping watch.

She promised her husband, the castle lord, György Thurzó. 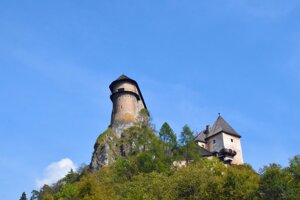 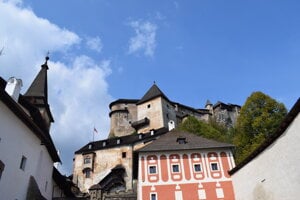 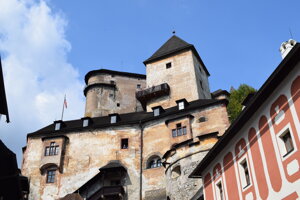 Or maybe she stares down to the Orava river on the Marko stone.

The angry devil threw it in the river.

There once lived a wealthy man, Marko in Orava. Once he saw a beautiful rock and decided to have his own castle built on this rock. He made a deal with the devil, if the devil built the castle within 7 days and 7 nights on the steep reef, before the rooster crowed three times, he would take Marko's soul to the hell.

When the rooster clock crowed in the morning for the third time after 7 days and 7 nights, the castle still was not built.

There was still one rock to be built on. The devil got so mad, he took the rock and threw it away.

There are always secrets hidden among castle walls.

Because the greatest secrets are always hidden in the most unlikely places. Those who don't believe in magic will never find it.