Hospitals are filling up, medical students are helping too 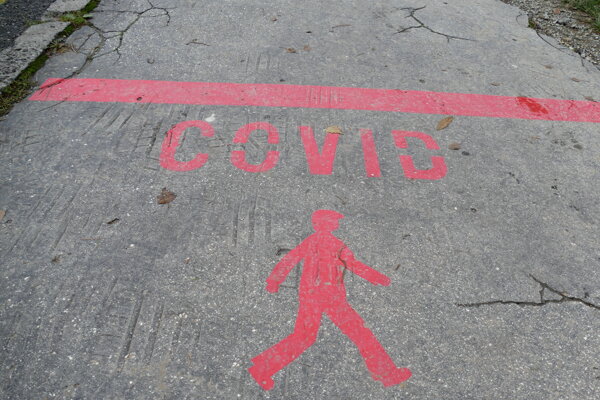 The updated version of this text was published on October 28, 2020. In an earlier version of this article, published on October 20, 2020, we quoted Svetlana Rakowski, who contacted The Slovak Spectator, claiming she was a student of the Faculty of Medicine of the Pavol Jozef Šafárik University in Košice. The Slovak Spectator has since learned that there was no such student at the faculty. All of Rakowski's quotations have been removed from the text. We have added more detailed information from the UPJŠ about the testing of its medical students. We regret our error and apologise for the inconvenience it has caused.

Some of them rely on medical students of the fifth and sixth (final) year of studies.

Louis Pasteur University Hospital in Košice has been dealing with the problem since mid-October. The hospital temporarily suspended the practical education of medics and secondary health care schools students, its science, research and education director Peter Kizek informed on October 13.

Health Minister Marek Krajčí called on healthcare workers and students of the medical faculties of fifth and sixth years and students of nursing care and urgent medicine from the second year to apply and help at nationwide testing that is planned in upcoming weekends. It is estimated they would need 20,000 such people.

Students of the final, sixth year of medical studies, are still obliged to participate in practical education. Moreover, under a state of emergency, they are also considered essential health care workers.

Medical faculties say that students have nothing to fear. Most of them test their students regularly and none permit students to work in COVID wards.

The Faculty of Medicine of the Pavol Jozef Šafárik University in Košice switched to remote education, just like most universities around Slovakia when the coronavirus situation became serious. Foreign students have been recommended to stay in Košice regardless of their year of study.

The university rector ordered remote teaching until November 6, reads the announcement on the university website. Practical and clinical education should be prepared so that students may participate from November 9.