Roundup: Anniversary of the 1930 launch of the President Masaryk into the Danube

The Slovak Philharmonic and Katarína Koščová to stream live concerts at the weekend, starting October 23. 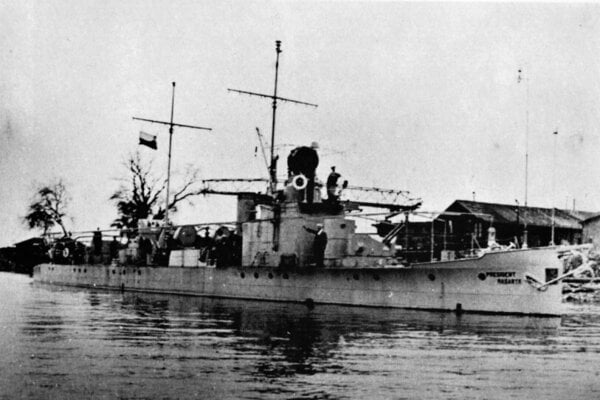 President Masaryk, the largest warship of the Czech-Slovak navy, was constructed in the Slovak town of Komárno. (Source: Wikipedia)
Font size:A-|A+

The President Masaryk, above, was the largest warship of the Czech-Slovak navy. Its construction began in 1929 in the Slovak town of Komárno. The ship touched the surface of the Danube on October 19, 1930 for the first time, when First Czechoslovak President Tomáš G. Masaryk visited Slovakia.

Czechoslovakia owned the vessel in the years 1930-1939. During World War II, the ship was seized by Nazi Germany and renamed to Bechelaren. After the war, it was renamed again, disarmed and deployed for civilian purposes. The ship was scrapped in 1978.

A demon made of chains by sculptor and architect Stanislav Mikovčák protects an oil spring, a natural monument since 1984, in the Kysuce village of Korňa. The work of art is based on a local legend.

Špania Dolina, a village of about 200 people, is one of Slovakia’s cultural treasures for its mining history, architecture and nature. From here, you can hike to Staré Hory, Donovaly, or to the city of Banská Bystrica. 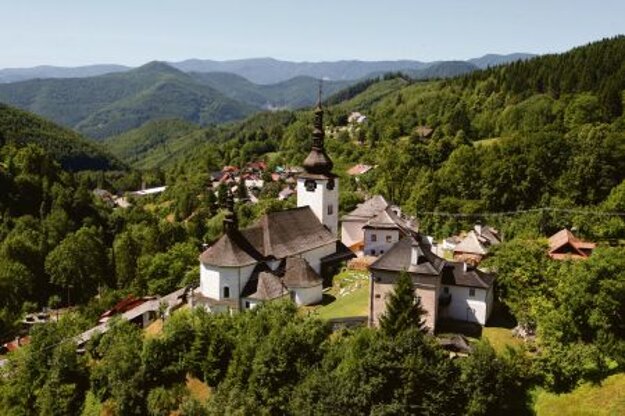 Slovak creators, known as Hike the World, filmed a drone video about Slovakia, which was selected as the best September video by the US website AirVūz. The video presents the top 30 places in Slovakia.

Some of the Slovak mountains are now cleaner

A total of 480 volunteers participated in a clean-up event in areas of the Tatra national park and Pieniny national park, where they collected 355.5 kilos of the rubbish in total. Over 40 years, 64 tons of waste have been collected in Slovak mountains.

He often cycles with Slovak mayors and plants tulips around the country, most recently in Bratislava.

Dutch Ambassador Henk Cor van der Kwast is, moreover, a huge expert on Bratislava-born composers. If you do not believe it, listen to the Spectacular Slovakia podcast or read the best podcast bits in the summary.

If you love art, the ambassador shares about the ship-shaped art museum Danubiana in Čunovo.

When the halny wind blows, more suicides and dark moments occur in the Polish Tatras. When writing his new book, Smršť, Slovak thriller writer Jozef Karika was inspired by the mysterious wind. But, after so many thrillers, is Karika scared of anything at all?

Park in Rusovce to get back its historical grandeur

The park surrounding the Rusovce manor house is today one of the best-preserved monuments to the art of gardening in Slovakia. Arborists have worked for almost a year to bring the park back to how it used to look under its last private owners, the Lónay family.

The next Spectacular Slovakia Weekly: October 30.