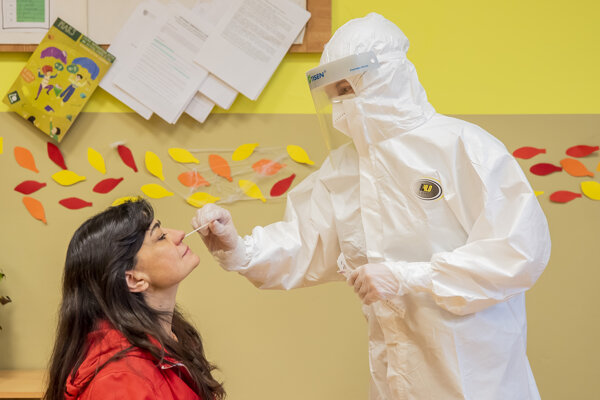 Thousands of health care staff were still lacking on Thursday morning. They will be the essential workers at the testing sites, taking the swabs during the big nationwide testing project.

Defence Minister Jaroslav Naď announced they still needed between 2,000 - 3,000 staff to secure enough personnel for all the planned testing sites. He hinted that "all the paperwork was ready" to announce the mobilisation of health care staff, meaning that under the state of emergency, the state would order the doctors and nurses to work at the testing sites. By the end of the day, the government decided to go for positive motivation instead.

During his evening press conference, PM Igor Matovič called on the health care staff who have applied to participate in the testing for only one of the two testing days, to "reach to the ends of their resources" and take the two-day shift.

"It is not entirely a fair demand on my part, but on the other hand we necessarily need them," PM Matovič said. To compensate, Matovič and Naď have decided to pay out a €500 extra bonus to those health care workers who will work at the testing sites both days.