Some villages and towns will undergo another round of testing

Conditions at the borders should change, too. 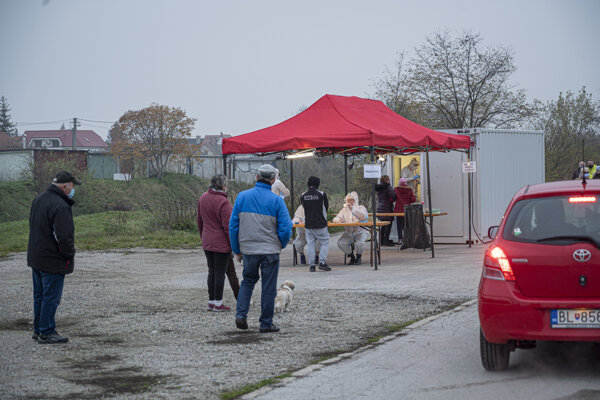 Mass testing with antigen tests is not over. After a pilot phase and two rounds of the nationwide testing, PM Igor Matovič announced another round will take place on the weekend of November 21-22.

Only villages and towns where the rate of infection in the last round was higher than 1 percent should be tested again. This includes around 500 villages and about five smaller towns. The detailed list has not been specified yet.

A recent poll has found that the percentages of people who support the nationwide testing and those who oppose are almost the same.

“It is important that the government and other institutions are able with clearer, predictable and more consistent communication to explain to citizens the importance of the measures and ensure their understanding and increase their willingness in observing them,” explained Barbara Lášticová, director of the Institute for Research in Social Communication of Slovak Academy of Sciences. 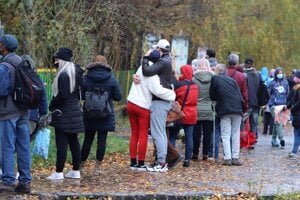 PM Matovič said that it is possible to talk about lifting the measures only when the seven-day median of new cases falls under 500. Epidemiologists recommend imposing lockdowns during the winter, he added.

The PM said that we can “enjoy a bit of freedom” under certain circumstances when using antigen tests either on a regional or nationwide scale. He noted that people should still be careful.

The central crisis staff also recommended the government to prolong the emergency state by other 90 days. The final decision is up to the government.

The regime at the borders should change, too. Hungary, Austria and Poland will likely be considered red countries. The Czech Republic listed Slovakia among the red countries on November 9.

Tests would not be possible to undergo at each border crossing. Several of them will be chosen, the negotiations about it are still ongoing, according to Interior Minister Roman Mikulec.

Slovakia will follow the EU semaphore system when deciding about the risk countries. The PM said that Slovakia will require negative PCR or antigen test results on the border. It will be possible to get tested with antigen tests at some borders.

“The secondary monitoring of movement across the border will take place this week, so we know what to say to private companies who would like to provide the testing and want to know how many people they can expect,” Matovič said.

Cross-border commuters should undergo testing once every two weeks. If someone lives abroad close to Bratislava, he or she can get tested at a mobile sampling point in Bratislava and then move freely with a negative result.

The PM expects that there will be 10 to 12 border crossings where it will be possible to take antigen tests.