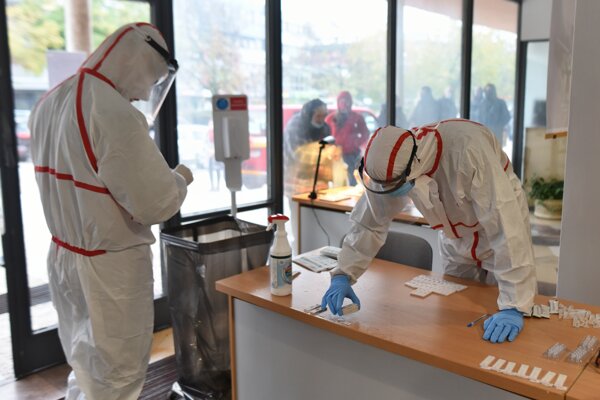 As data suggests coronavirus infection rates may be levelling off in Slovakia, infectious disease experts have cast doubt on government claims a controversial mass testing operation is responsible.

A pioneering operation – thought to be the first of its kind in the western world - to test almost the entire adult population of the country took place in Slovakia over the last two weekends.

The first round of tests carried out on October 31 and November 1 tested 3.6 million people in Slovakia for the virus using antigen tests. Around 38,000 people tested positive - an infection rate of just over 1 percent.

Both rounds had been preceded by a pilot testing project in four districts in the north of Slovakia. Over three days, just under 141,000 people were tested with 5,594 positive cases identified. 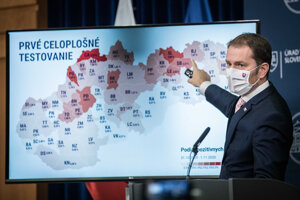 Testing eases tensions. Or does it? Read more

Government representatives immediately seized on the information over the lower rate of infection per people tested in the second round as proof that the tests had helped slow the spread of the disease.

Speaking at a press conference on November 9, PM Igor Matovič said they had helped “break the curve” of rising infections.

He highlighted figures released that day showing a fall in the proportion of positive cases per people tested using PCR tests.

He suggested that the mass testing had meant fewer infections being passed on, which was reflected in the lower rate of positive cases among people taking PCR tests.

Referring to lockdown measures implemented alongside the testing, which included closing shops and restricting people’s movements, Matovič admitted that “yes, the small lockdown we had may also have had a subtle effect,” but said that effect would only be seen two weeks after it was implemented and that it was only of “peripheral importance to [the lower infection rate] of the second round”.

He added that the mass testing, which had been criticised before it was carried out by a number of Slovak medical scientists who warned it was potentially dangerous and likely ineffective, was an extraordinarily effective tool that could help Slovakia make it through what he expects to be a very difficult winter.

Impact not yet known

But the praise the PM heaped on the testing operation he had championed was challenged by disease experts who claimed his interpretation of the testing data was incorrect and that in fact it was the lockdown measures, specifically limiting mobility among the population, which was the main factor in stopping infection rates rising.