This one is available without conquering a Ferrata. 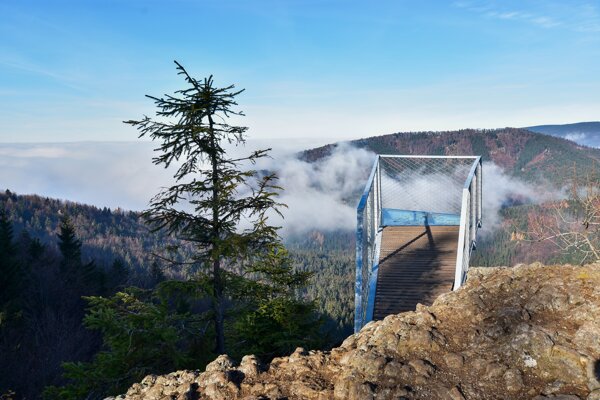 Ferrata world in Skalka has another attraction. At the end of a suspended cable bridge that opened in August there is now a lookout platform with a transparent edge.

The idea arose during the construction of Ferrata. “We took inspiration from the world, but we could not go to such extremes like in China, when they have a similar platform with cracking glass,” said the mayor of Kremnica, Alexander Ferenčík, as quoted by the TASR newswire.

But the platform at Skalka also offers a surprise that will only revealed to people when they visit, the mayor said, refusing to state any more details.

The platform offers views of Turiec valley, a ridge of the Kremnické mountains, and also Krížna at Veľká Fatra. The platform is easily accessible when taking a forest path and it is possible to visit without conquering a Ferrata. 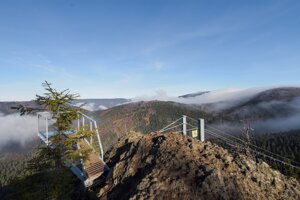 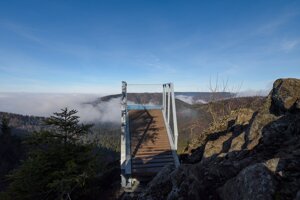 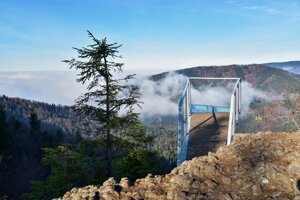 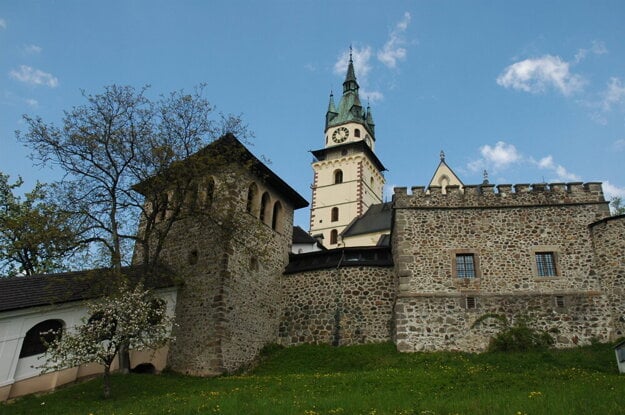