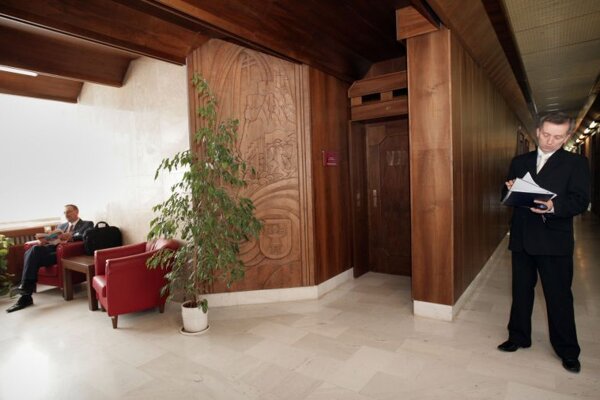 Dobroslav Trnka (left) and Jozef Čentéš (right), the candidate who was eventually selected by MPs in 2011, never got to take up the post because the then president, Ivan Gašparovič refused to appoint him for reasons that were never clearly explained. (Source: Sme)
Font size:A-|A+3

This week, Slovak MPs are supposed to choose a new general prosecutor, as the country’s top prosecution official is known.

General prosecutors are elected to a seven-year term. But this week’s vote occurs ten years almost to the day since the last such effort began. In other words, it took almost three years to install the last general prosecutor.

The reason for the delay? Simply put, it is because the general prosecutor, sitting as he does at the centre of the state’s investigative apparatus, gets to peek into a great many cupboards. Ensuring he doesn’t find the skeletons in yours – or chooses to look no further when he does – is of very great concern to some politicians.

Disturbingly, several of the circumstances that pertained then are evident again this year.