Creators of the library made an English version with translation and pronunciation of songs. 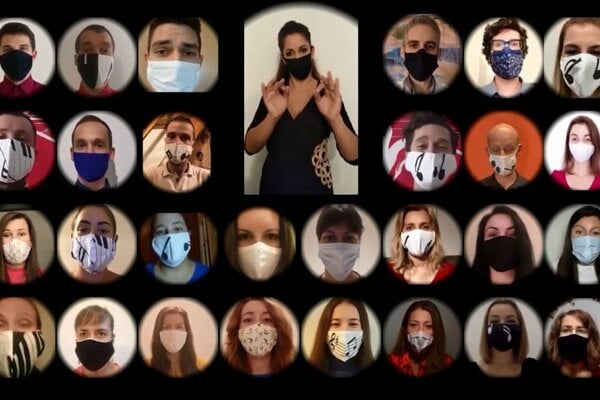 The Choir Technik STU have introduced an online choir library that will allow anyone to try singing in the choir from their living room. In the library, there are materials divided according to voice groups (soprano, alt, tenor and bass). One recording helps singers to learn their part and they can sing their melody with others in the second one. 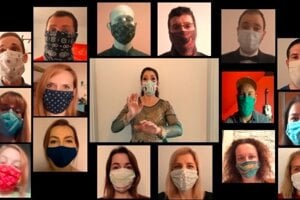 “The pandemic is impacting the functioning of choirs, so that’s why we are being forced to find ways to sing without actually meeting,” said conductor of the choir Technik STU, Petra Torkošová.

Feedback from new singers was very positive. The fund for art support announced a grant call focused on projects that will help art to live during the pandemic and the creation of an online education library was one of many supported activities.

Today, eight Slovak songs are accessible. The singers also created a new version of a Slovak folk song where they wish the coronavirus to be taken to hell. It came into being in the homes of various singers.

There will be five other pieces in the library until the end of February, either from Slovak composers and songwriters or those who have worked in Slovakia and often there will be an adjustment of folk songs.

The library also has an English version. Each song has a translation and also the pronunciation of Slovak text transcribed into the international phonetic alphabet.

The library has also found its first users in the US. The Slovak wedding song Oddavac še budu, arranged by Jan Rozehnal will be included in the repertoire of an American choir, namely the Philadelphia Women's Slavic Ensemble.

Choir Technik STU believes that the online library will bring new members, not only for them but also other Slovak choirs, because a person can prepare to sing in the choir and overcome shyness. It is also a tool that can keep people in singing condition when they cannot attend the choir in person.