Čaputová: Scenes from the Capitol show how dangerous the rhetoric of hatred is

This could be the end of the Republican Party, said former Slovak ambassador to NATO. 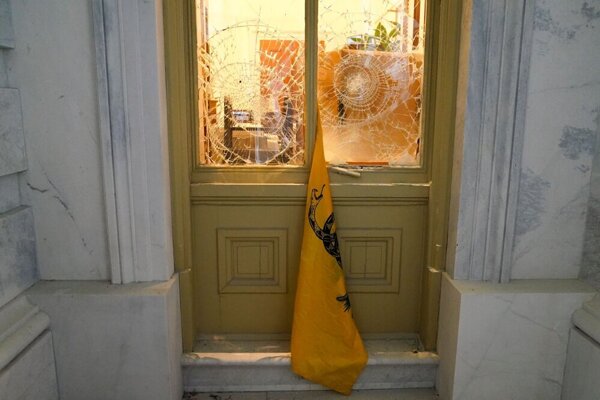 The top representatives of Slovakia have expressed their concerns over the events in Washington, where protestors stormed the building of the Capitol and violence ensued.

President Zuzana Čaputová wrote on Twitter that the scenes from the US Capitol show how dangerous the "rhetoric of hatred" is, and expressed trust that democratic and peaceful process will be restored soon.

Foreign Affairs Minister Ivan Korčok (SaS nominee), who previously held the post of the Slovak ambassador to the US, expressed his concerns over the developments at Capitol Hill.

"This is the moment when democratic process and rule of law must be respected," he tweeted.

PM Igor Matovič wrote on Twitter that the Capitol was the symbol of democracy and its constitutional role must be respected.

"This is what the rule of law is about," Matovič wrote.

Head of the European Affairs Committee of the parliament and former Slovak ambassador to NATO Tomáš Valášek called the events in Washington a scandal, "but it is not and will not be a coup".

"Violence cannot succeed as long as armed forces do not turn against the legitimate government," Valášek wrote, adding that he saw no threat of such a thing happening in the US.

He went on to opine that the victim of the day was the Republican Party in the US.

"If the Republicans fail to quickly contain the fascist wing around the outgoing President, their party will have ended," Valášek wrote. He added he saw hope that the Republicans will mobilise following the violence in Washington, and "get rid of that extremist impostor". It will be important to see what they do in the coming days and after the inauguration of Biden.

Protests as an expression of the people’s will should not end in violence, endangering others or resulting in death, wrote Investments Minister and Za Ľudí chair Veronika Remišová on Facebook.

“A constant division of society and ruling with conflicts bear fruit like we’ve witnessed in the US,” she added. “But in democratic societies, the strength of institutions is stronger than an individual’s craving for power.”

Remišová expressed her support for democracy not only in the US, but also in other countries.

Czech authorities report five dead, one from the Slovak town of Prešov, and hundreds of injured in southern Moravia region.