Expert on municipalities said the government has the right to manage municipalities directively; it did not help quality when carrying out the testing. 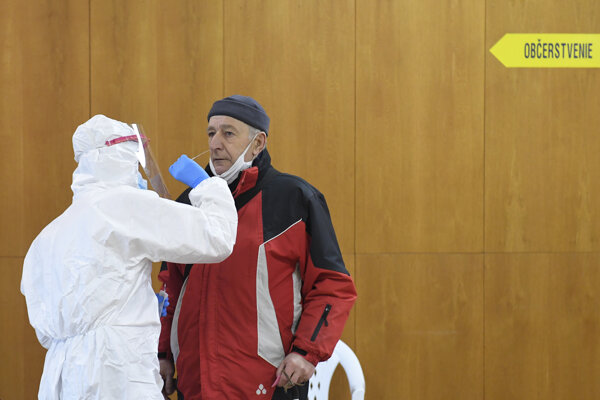 To put an end to one of several nationwide-testing-related conflicts between the prime minister and the economy minister, the cabinet published a recording of one of its January sessions.

The recording prompted Sulík to apologise about what he called a misunderstanding, but also revealed something else. The nation could hear Matovič as saying that the nationwide testing would not be organised by the armed forces like the previous such project at the turn of October and November.

“Municipalities must show that they care for people, […], let’s order them [to organise the testing] and change the law to oblige them to fulfill the [central government's] orders, if the protection of health and life is at stake,” Matovič said on the recording.

During a subsequent press conference he repeated that the fewer excuses we hear from mayors and the more they try to help their own people, the bigger the chance of cutting down the daily number of infections.

“There will be tears, crying and struggle to achieve it,” Matovič continued and added that municipalities, volunteers and healthcare professionals will “spit blood.”

The prime minister's claims about the excuses of mayors and avoiding responsibility are not an isolated falling-out. The relationship between municipalities and the Government's Office has not been ideal since last autumn, when Matovič announced the first mass testing and gave municipalities just days to organise it. The tense atmosphere escalated again in January after some mayors objected to the results of the first round of the nationwide testing.