Head of medicines agency: we still don't have all data about the Russian vaccine

I have no problem getting the Astra Zeneca vaccine, says Zuzana Baťová. 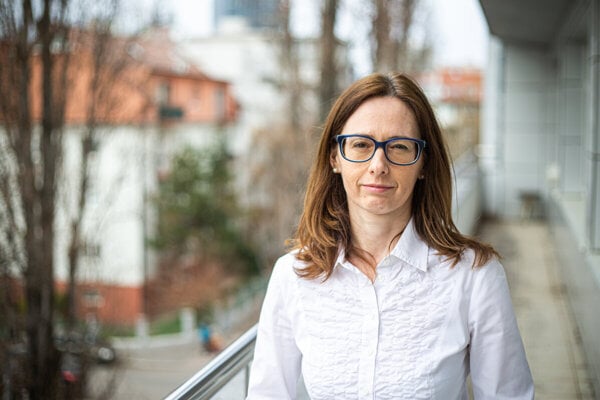 When PM Igor Matovič wrote a Facebook post in which he called on the head of the European Medicines Agency (EMA), Christa Wirthumer-Hoche, to work faster on the registration of the Sputnik V vaccine in the EU, head of Slovakia's State Institute for Drug Control (ŠÚKL), Zuzana Baťová, apologised to the EMA head.

She explained in an interview for the Sme daily why she decided to do so, and also talks about the safety of the Astra Zeneca vaccine and the investigation process of the Sputnik V vaccine before release for use in Slovakia. ŠÚKL is expected to give its verdict on Sputnik V next week.

Read all about Covid-19 vaccination in Slovakia here.

I am not in direct contact with the prime minister, so no.

I reacted to the post only a few hours after we found that it started spreading among EMA staff. At that time, the Committee for Medicinal Products for Human Use was in session, so the news travelled very fast to other medicine agencies.

How did you view the conflict between the prime minister and your husband that followed? [Baťová's husband, former journalist, and more recently, adviser to Andrej Kiska during his presidential term, Rado Baťo, wrote a vulgar message to Matovič that the prime minister then published on his Facebook profile - ed. note].

Head of the State Institute for Drug Control

Graduated from the Faculty of Pharmacy of Comenius University in Bratislava

Has anyone from the government or the Health Ministry called on you to step down from the ŠÚKL's top post, or have you considered such a step?

There was no such call. But I must say I did not want to go to work the next day. I changed my mind due to the team of great people at the ŠÚKL.

What is the relationship between the ŠÚKL and EMA? Is ŠÚKL subordinate to the EU agency?

The safety of the Astra Zeneca vaccine has been widely discussed in Europe recently, some countries suspending it. The ŠÚKL was relatively quick to state that Astra Zeneca is safe. Have you done your own investigation or have you relied on the opinion of the EMA and the WHO?