Meanwhile, the possibility to disclose the contract for the purchase of the Russian vaccine will be subject to legal analysis. 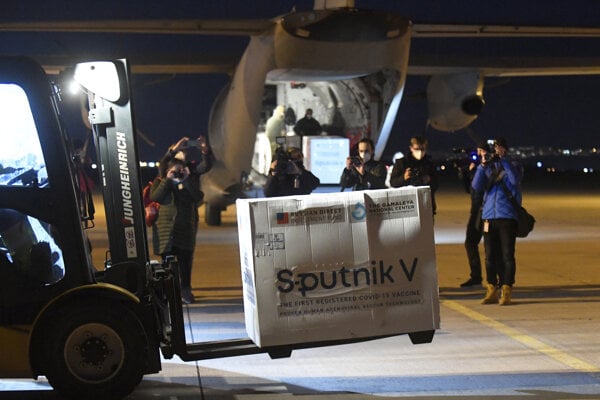 Russia has asked Slovakia to accept another delivery of Sputnik V vaccines. The country has another shipment of vaccines ready, said Defence Minister Jaroslav Naď (OĽaNO) after the April 14 cabinet session. 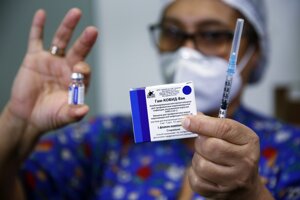 However, the state has not accepted the delivery yet due to the current situation related to the evaluation of the first batch of the vaccine by the State Institute for Drug Control (ŠÚKL), he added, as reported by the SITA newswire.

The Defence Ministry will not be the first choice when discussing the potential transport of the Russian vaccine, the minister continued, adding that his department was not originally supposed to secure the transport of the first batch, delivered in early March, either. Still, as the country was unable to secure the transport in a different way, the vaccines were eventually brought on board an army plane, Naď explained.

Meanwhile, the cabinet discussed at its session the recent visit of Finance Minister Igor Matovič (OĽaNO) to Russia and Hungary, at which he discussed the vaccine, as well as the evaluation of the vaccine provided by ŠÚKL.

Regarding the visits, criticised by some former and active diplomats earlier this week, Foreign Affairs Minister Ivan Korčok (SaS nominee) wants to submit a manual for the preparation and approval of the foreign trips of cabinet members for the next cabinet session. 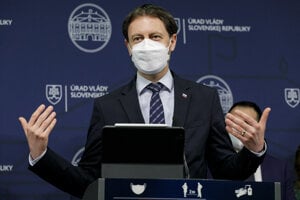 Matovič did not notify the cabinet of either visit. The negotiations in Budapest were not attended by a representative of the Slovak Embassy to Hungary either.

Korčok reiterated his reservations to the visit while rejecting the claims that make him look like an enemy of Hungary. He asked the cabinet members to respect the rules. He has also asked them to trust the Slovak diplomatic service, its experiences and qualities, as reported by the TASR newswire.

In the future, only Health Minister Vladimír Lengvarský (OĽaNO nominee) should negotiate about vaccines in the future, as he told journalists.

Contract to be checked

Meanwhile, the possibility to disclose the contract for the purchase of the Russian Sputnik V vaccine by Slovakia will be subject to legal analysis, Lengvarský said. The agreement could not be published because of a clause that requires the consent of the second contract party, he added.

The agreement was already delivered to President Zuzana Čaputová, who wanted to learn more about its contents. Recently, the Sme daily looked into the parts of the Hungarian contract that were made public. The 16-page document is very general and vague and claims that Russia does not bear any responsibility for the vaccine. 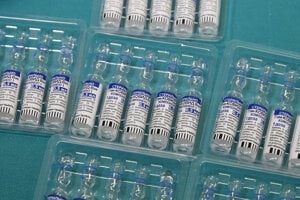 Lengvarský also said that the shipment of the Russian vaccines delivered to Slovakia that are to be checked by Hungary is ready, awaiting his signature. The ministry will comment on the further use of the vaccines once they receive the test results, he added.

He stressed that he will approve its use only if its safety is confirmed.

The minister also expects that the European Medicines Agency will approve the registration of Sputnik V soon, as reported by TASR.