A weekly exploration of Slovakia: Horehronie rail bikes and secret spots around Košice. 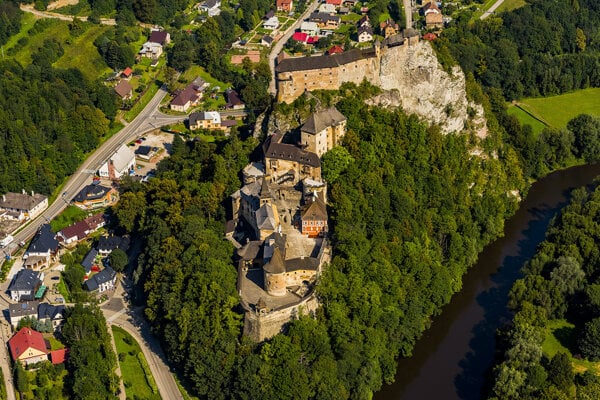 In addition to the superfast fall of the Super League, this week has been about the Earth and its protection. If you would like to know, say, what was the first book to set the stage for society to change in becoming more environmentally aware, test yourself with Earth Day quizzes.

Steering away from the planet, in the roundup, we are writing about Mahatma Gandhi’s presence in Slovakia, three young Roma sports talents, new outdoor activity in the Horehronie region and some more.

But first, here are several pictures by Slovak photographers that received an honourable mention at this year’s International Color Awards. 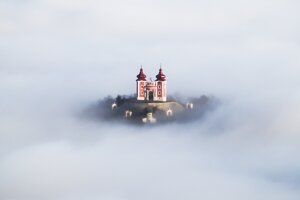 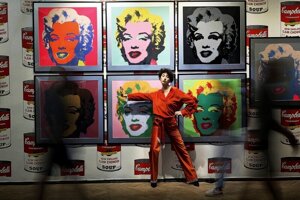 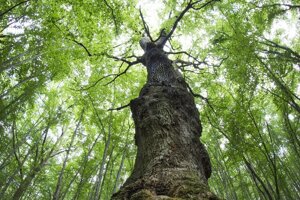 Horehronie rail bikes to be back in May

Biking on the legendary railroad between the villages of Hronec and Čierny Balog, Horehronie region, is legal after all.

The villages remain the only place in Slovakia where tourists can try out this relatively new outdoor activity, which was launched in summer 2019. However, last summer, the Transport Authority banned the use of rail bikes because of outdated legislation. The issue was fixed in December of last year.

Upgraded rail-cycle draisines, or cyklodreziny in Slovak, will be returning to the region on May 1.

People can rent them for a day and start their trip in Hronec where the first cast iron bridge in the Hungarian Kingdom was constructed and continue riding these rail bikes through the karst area up to Čierny Balog-Šánské, where they can get on a steam train and head to railway and open-air museums located in another neighbourhood of Čierny Balog.

The one-way railroad is as long as seven kilometres. To make the whole operation of rail bikes run smoothly, strict time rules are in place.

Other places to visit

The 17th century Church of the Holy Trinity, also known as the University Church for the first Košice university built next to it, seems simple on the outside. Its over-decorated interior will, however, surprise every visitor. A few more houses of prayer can be found in the city, including the city’s oldest Dominican Church.

Spring and summer are felt in the air, but it is still possible to ski in the highest mountain skiing locations, including the Jasná ski resort. However, cable cars remain out of service in ski resorts due to Covid restrictions. 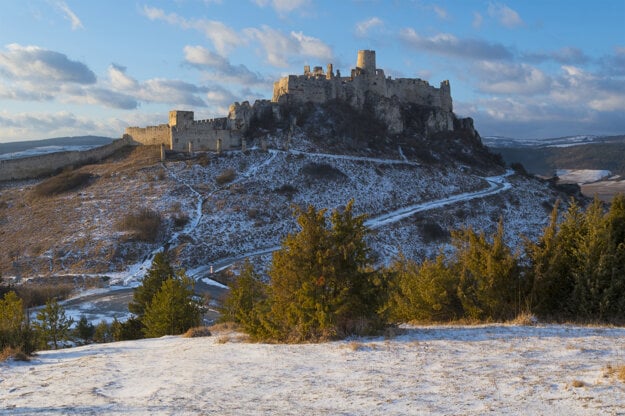 Three Slovak castles – Bojnice, Spiš (in the photo) and Orava – have appeared in a recent HuffPost story about 60 castles from around the world that are worth a visit. Click on the picture to see all the recommended castles. (Source: TASR)

The venue where Beethoven and Liszt premiered their works

A number of monarchs of the Hungarian Kingdom were crowned in St Martin’s Cathedral, the biggest church in Bratislava. In addition to serving as the place of worship, the church today hosts classical music concerts. In the past, notable composers played here.

Košice Region places you have not heard of

Each region boasts a number of undiscovered places, but the Košice Region decided to uncover them all, as it is now allowed to travel around the country, including people from outside the region.

“Since many well-known localities are overexposed to tourists, we came up with the Unknown Places campaign,” said Košice Region chair Rastislav Trnka.

In this way, the region wants tourists to feel safe on their trips while coronavirus is still around. Many of the places promoted in the campaign have remained undiscovered even by locals, Trnka added.

One of the travel ideas is the ‘lagoon with a sweet taste of the sea’, Vinné Lake, just a stone’s throw away from the Zemplínska Šírava water dam. Near the lake, visitors can walk up to castle ruins or visit ruins of the church. The latter is said to be a nice spot for sunset watching. 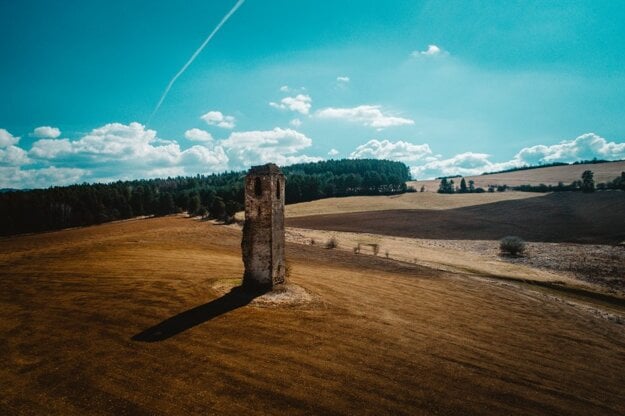 The non-existing settlement of Miloj in the east of Slovakia. (Source: Košice Region)

Other interesting places include the remains of the ‘blown-up’ spa in Rudník, which declined towards the end of WWII. Weapons depots housed in the spa buildings at that time were blown up by partisans during the liberation.

“Part of the campaign and presentation is complete information about accessibility and services in the area,” Trnka noted. This approach should help lesser-known locations and local businesses economically.

On top of benches with quotes by notables engraved in them, Park of Friendship in the town of Martin, central Slovakia, boasts a statue of India’s political leader Mahatma Gandhi. 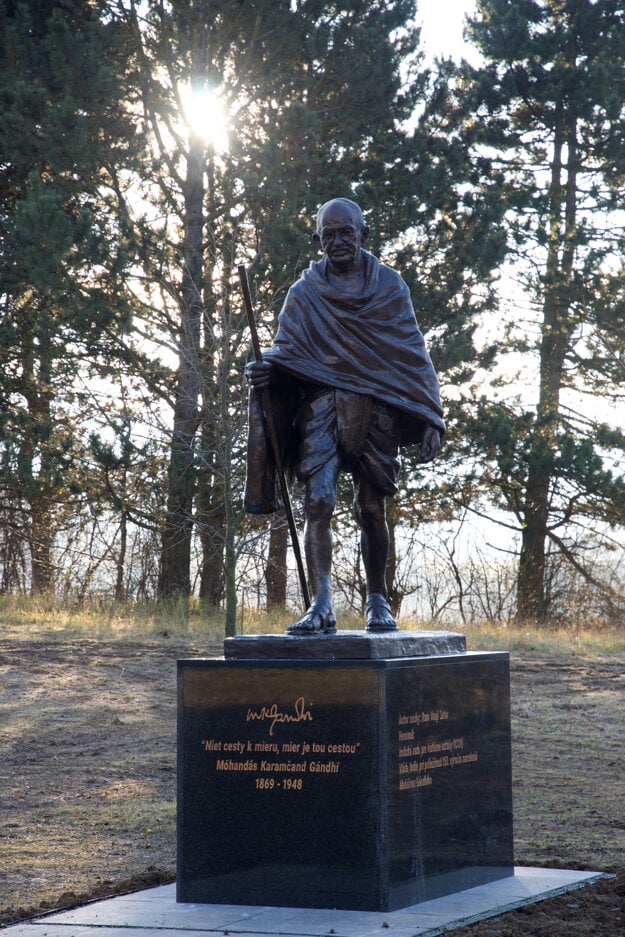 The statue of Gandhi in Martin. (Source: SNK)

The statue, placed in the park by the Slovak National Library (SNK) at the end of last year, was created by sculptor Ram Vanji Sutar who also designed the world’s tallest statue, Statue of Unity, in 2018.

It was the Republic of India that donated the statue of Gandhi to the library. Moreover, eight years ago, guru Swami Maheshwarananda planted the first tree, the linden, in the park.

“The Slovak National Library received a rare gift from the Republic of India, one of the last editions of the Vedas, which are considered to be the oldest written testaments of humankind,” said SNK head Katarína Krištofová. “So we named this tree the Tree of Knowledge.”

Ambassadors from China, Russia, India, Germany, and Japan also visited the library and planted trees here. Visitors can thus find the ginkgo, birch, sycamore, oak and sakura in the park.

In one of the Martin boroughs, a street even bears the name of Gandhi.

Elsewhere, in the village of Jakubovany, near Liptovský Mikuláš, a group of people planted an alley of 150 lindens in 2019 to mark the 150th anniversary of Gandhi’s birth. 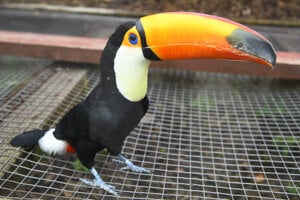 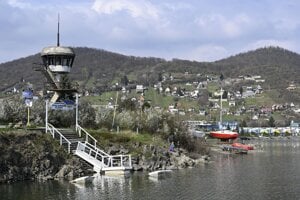 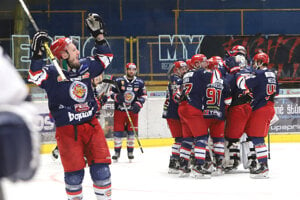 Roma sport talents who succeed against all odds

Where there is a will, there is a way. Despite being born into poverty, three young Roma athletes have already experienced their first success. However, the pandemic makes things especially complicated for them. For example, there is a worry that Annamária Horváthová will bin her career, also because of lack of support from her family. Find out also how you can support young Roma talent.

Last weekend, Radio_Head Awards took place, which is why we are going to leave you with the song called Sleepin’ With The Lights On by Kristin Lash & Jacob Grey, who won the Debut of the Year category.

The band Billy Barman, which featured in our roundup a few weeks ago, took home an award for the best album. Keď padal sneh (When Snow Fell) by Fallgrapp and The Curly Simon became the Record of the Year. Nina Kohoutová was named the Best New Artist.

Best records in the categories of different music genres can be found here.

That is it. Thank you for reading the Spectacular Slovakia weekly roundup. Have a restful weekend. See you next Friday.