Zoom University: The pandemic stripped studying abroad of many of its lures and benefits

Slovak students share their experiences of studying at universities abroad during the Covid-19 pandemic. 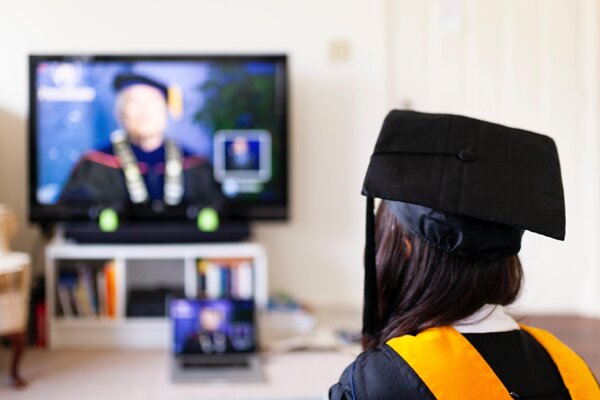 The pandemic brought online classes instead of the intercultural exchange Slovak students abroad had been used to or hoping for. (Source: Unsplash)
Font size:A-|A+

Laura Korčeková’s plans of moving to Vienna and further immersing herself in the local culture were cut short by the abrupt closure of borders and the imposition of lockdowns in both Austria and Slovakia after the novel coronavirus reached Central Europe. 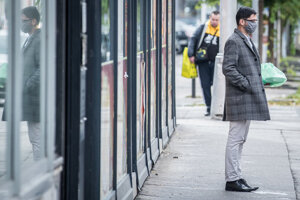 The pandemic not only closed most schools and universities in March 2020, confining students and teachers to online interaction, it also stripped studying abroad of many of its lures and benefits. At a time when a mere trip to the grocery store featuring the season’s new look of gloves and masks seemed like a dystopian adventure into the contaminated outside world, many young Slovaks studying abroad suddenly needed to make a decision.

“Nobody knew what was going to happen,” Korčeková, now in her final year at the Vienna University of Business and Economics, recalls how the uncertainty prompted her to return to Slovakia and abandon her plans of staying in Vienna during her last year of studies. She is one of more than 32,000 Slovaks studying at universities elsewhere in Europe and around the world, according to data from UNESCO as cited by the Learning Makes Sense initiative.

For most of them, the past academic year was filled with online classes instead of the intercultural exchange they had been used to or hoping for . They needed to learn how to make do with closed classrooms and libraries - in other words, how to navigate "Zoom University" studies.

The pandemic caught Patrik Kováč in his final year at the University of Amsterdam, where he had previously lived and studied for two years. When the university closed down and all teaching was suspended a week after the announcement of the Netherlands’ lockdown, and with the strict closing of borders looming, Kováč packed his belongings and left for Bratislava at once.

“It was a shock, for sure,” he describes his university’s transition to online teaching.

Maintaining her daily online connection with Vienna, Korčeková admits there was a lot of confusion at the beginning. Students were essentially left to cope on their own until there was slightly more clarity surrounding the format of classes. 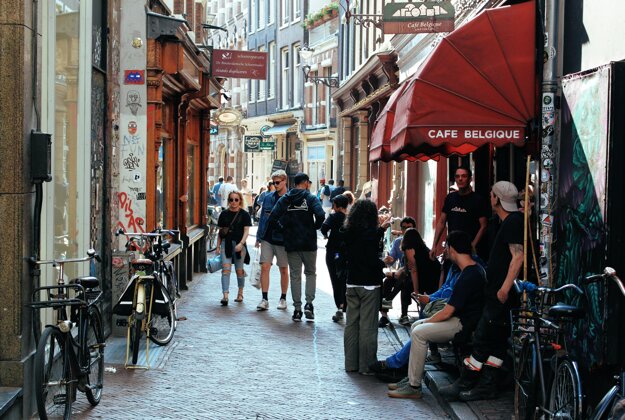 The pandemic stripped studying abroad of many of its lures and benefits. (Source: Unsplash)

Samuel Šindler, now a student at Masaryk University in Brno, was studying at the Faculty of Electrical Engineering and Information Technology in Bratislava when the pandemic hit in March 2020. He recalls that initially, his faculty provided practically no online teaching and students were mostly told to study from books and attend in-person exams when possible.

When he wrapped up his first year at the university amid the first lockdown, he decided to change schools and was admitted to Masaryk University in the Czech city of Brno. He was planning to live and study there but the second wave of the pandemic, which hit the Czech Republic and Slovakia particularly hard, sent him back home.

Since their first Zoom classes in March of last year, the three students have not had any resumption of in-person studies; except for Korčeková, whose university introduced a combination of online and face-to-face teaching that was suspended after the pandemic situation worsened again in November 2020. With their universities still closed and no access to libraries or any other any facilities, all three students have not returned to their accommodation abroad.

“Paying for rent would simply not make any sense at the moment with online classes one can attend at home just as well,” Šindler told The Slovak Spectator.

After more than a year of "Zoom University" for students around the world, including tens of thousands of Slovak students studying at foreign universities, all three of the students that The Slovak Spectator spoke with agreed that remote teaching and the consequent suspension of any contact with their peers at university has had a detrimental effect on their mental health.

“I could barely see my family, to say nothing of meeting friends”, Kováč explained.

But they differ in their view of how online teaching affects their academic performance. Korčeková insisted that there has definitely been a negative impact, especially because students have been expected to essentially learn all new content, regardless of its difficulty level, independently without any help coming from the professors’ side.

Šindler mainly regrets not being able to consult with his classmates and professors, whereas Kováč believes that owing to the abundant time available to him in lockdown, his academics have not necessarily suffered as he was able to dedicate a lot of time to his studies.

“The amount of time I gained for studying by not going out far outweighed the negative effects of my worsening mental health,” he said.

But the students do agree that though they have been able to continue their international studies even with closed universities, the pandemic has deprived them of several prospects, which are the main motives for Slovak students to study abroad. For Kováč, the hardest aspect remains the lack of interaction and often difficult cooperation with his fellow classmates from abroad.

“The most difficult thing about being an international student at the moment is the fact that we are all missing out on the events and facilities that our universities offer,” Korčeková said.