Slovakia makes it to hockey quarterfinals after eight years

The match between Russia and Sweden was decisive for Slovakia. 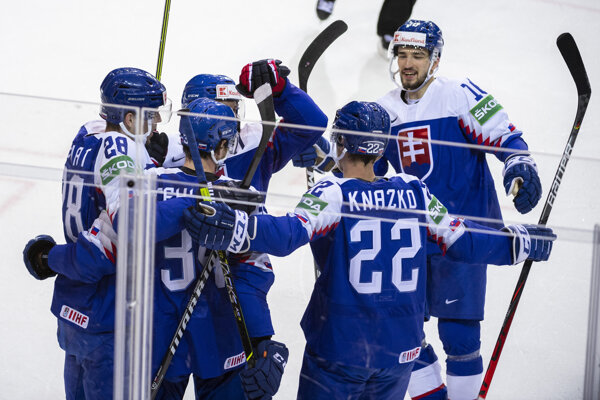 Slovakia made it to the quarterfinals of the IIHF 2021 Ice Hockey World Championship after eight years following the result of the Russia – Sweden match.

The Swedes lost 2:3 to Russia, which means they no longer have a chance of making it to the playoff, the Sportnet Sme reported.

This result also decided which four teams from the A-group will advance to the quarterfinals: Slovakia, Russia, Switzerland and the Czech Republic. The order of the teams is not clear yet.

The training staff of the Slovak team watched the match in the stadium between Russia and Sweden.

“It was a nerve-wracking situation for us,” said the assistant of chief trainer Craig Ramsay, Ján Pardavý, as quoted by the public service television RTVS. “The Russians didn't do well. They couldn't pass, but in the end, they managed it and helped us a little. Although, I think we helped ourselves mainly with the results in previous matches.”

The matches played on Tuesday will determine the final order in the A group. Slovaks are currently third within the group and will soon play a match against the Czech Republic.

Finland or US in quarterfinals

The national team can theoretically fight for victory within the group, but this is unlikely. The Russians and Swiss will play in the final round against the weakest team in the group.

The Slovaks will probably fight for third and one point from the match with the Czech Republic should be enough. If Slovakia loses in proper playing time, it will drop to the fourth position.

In the quarterfinals, they will probably play against one of the two best teams of the B-group, either Finland or the US.

“Both are opponents who could suit us in the way they play,” Pardavý said. “They are fast, strong fighters, but with our style, we can play against such teams. We will wait to find out which of them it will be.”

The quarterfinals will be played on Thursday.