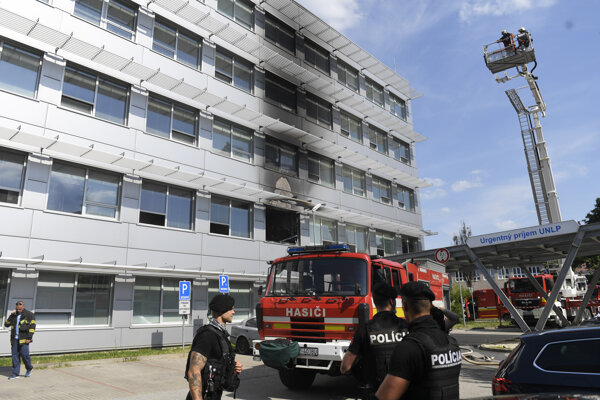 The largest hospital in Košice evacuated dozens of patients, including some on lung ventilation, when a fire broke out in its emergency room building.

The fire broke out in the Louis Pasteur University Hospital in Košice around 15:00 on Thursday, June 17, but the cause was still unknown more than two hours later. People were running from the building while firefighters evacuated patients and staff, the Korzár daily reported.

"The preliminary information suggests the fire broke out at the septic department of the trauma surgery clinic," the hospital spokesperson Monika Krišková said, as quoted by Korzár. "It was a larger fire, but the lives and health of people were not threatened."