Right now, the closest refuelling station is in Vienna. 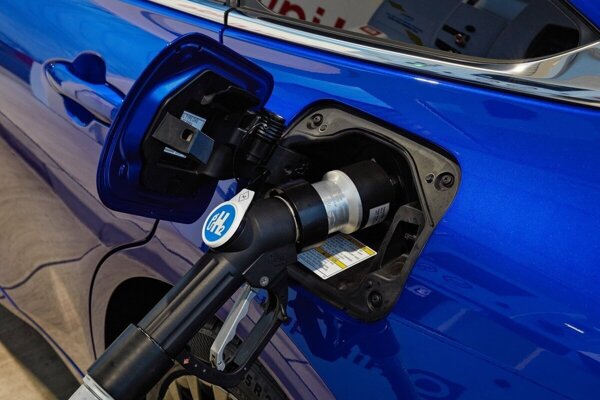 Slovakia’s first two hydrogen refuelling stations may be operational by October 2021. The Slovak Innovation and Energy Agency (SIEA) already released a procurement to secure them.

These will be the first refuelling stations that will be able to refuel hydrogen-powered vehicles like cars and buses, SIEA stated.

One of the stations is supposed to be placed in Bratislava, while the other will be equipped for operational relocations, the agency said.

Financing will come from European sources.

“Both hydrogen refuelling stations will be used for refuelling hydrogen-powered cars and buses, which are supposed to serve as a part of a project by the free energy consultancy Žiť Energiou (Live Energy) for professional presentation purposes and to provide statistical data for their operation,” SIEA reported.

The winner of the public procurement will, apart from securing the two stations, also have the responsibility of providing the hydrogen fuel.

Germany has the most stations

“If we want to drive ecologically, we will inevitably have to build an entire hydrogen infrastructure. Supporting hydrogen mobility will lead to the same result as when the first battery-powered automobiles arrived in Slovakia. They also initially lacked charging stations, then there were a few, and now they are almost everywhere,” said the general director of SIEA Peter Blaškovitš.

Though hydrogen cars have already been sold in Slovakia, the country still lacks refuelling stations. The closest one is in Vienna.