Roads from Záhorie to Bratislava are congested. What are some alternative routes?

Bridge repairs complicate traffic between the westernmost region of Slovakia and the capital, expected to last until the summer's end. 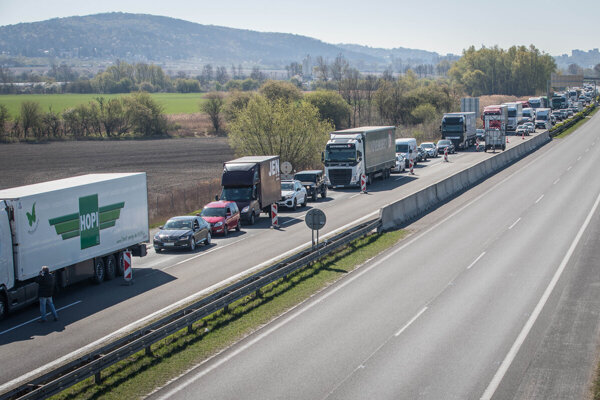 If someone were to look out of their car, standing on a hill, on the highway near Poľný Mlyn between Stupava and Devínska Nová Ves, all they would see are vehicles, everywhere.

The morning route from the Záhorie region to the capital city conjures images of a siege.

The congestion is caused by the repairs of a bridge on the D2 highway between Lamač and the Sitina Tunel.

Traffic coming from Stupava to Bratislava is lacking a lane. This transport restriction will last until the end of the summer holiday season.

The National Highway Company (NDS), which is repairing the bridge, claims that the request for the repairs to take place during the summer came from a meeting of the Ministry of Transport, the Bratislava city authorities, the districts of the capital, and the police.

The reasoning was, according to the spokesperson of NDS Eva Zgravčákova, that “the intensity of transport in the city of Bratislava is notably lower” during the summer season.

A long way to the city