SaS MP Jana Bittó Cigániková took advantage of the lack of attention by other deputies. 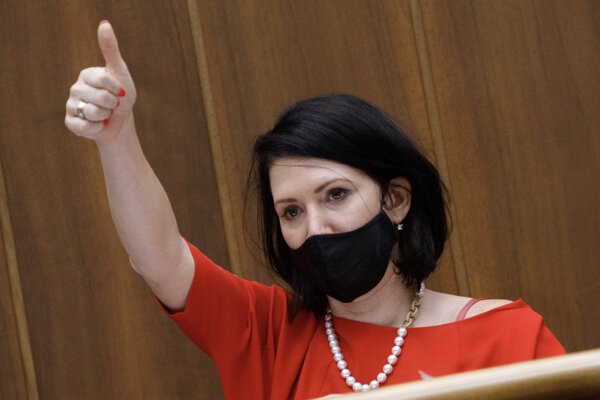 Abortion rules will not change for now, despite two proposals submitted to the June parliamentary session.

One was submitted by Martin Čepček (who made it to parliament on the OĽaNO slate, but whose membership has been momentarily suspended), and the other by MPs of the far-right Kotlebovci – People’s Party Our Slovakia (ĽSNS). 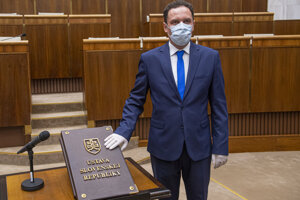 The discussion was halted by Freedom and Solidarity (SaS) MP Jana Bittó Cigániková, who was officially in charge for the proposals discussed by the deputies. First, she proposed not discussing Čepček's submission. Though this proposal was turned down, nobody proposed discussing it, so the debate was in fact over.

Bittó Cigániková used the rules of a procedure that stipulates that if the parliament does not pass a proposal to discuss a draft, it means that it will not be further discussed, the Denník N daily reported.

As for the ĽSNS proposal, she submitted a proposal not to discuss the draft, which was accepted this time.

Both drafts proposed the significant restriction of access to abortion, with exceptions granted only if the life of the woman cannot be saved in other way; or it is not possible to prevent the permanent and serious damage of the woman’s health; the health of the unborn child would be significantly damaged; or a serious genetic disorder is proven and the pregnancy has not exceeded 24 weeks; or if the pregnancy is the result of a crime. 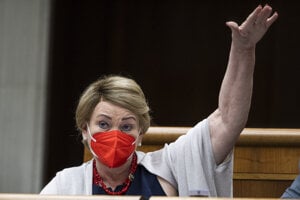 Slovak lawmakers to the EP: Sexual and reproductive health is our affair Read more

This was not the first time Bittó Cigániková has succeeded in scrapping discussions on abortion legislation, Denník N wrote.

Back in September 2020, she succeeded in postponing a vote on changes when she noticed who was and who was not present.

She used the fact that some conservative coalition MPs were not at the voting and, together with her colleagues, she pulled out the voting card so that there were not sufficient votes to reach the required quorum.