The east struggled with floods. Weather extremes will continue

Hailstorms will be replaced by high temperatures. 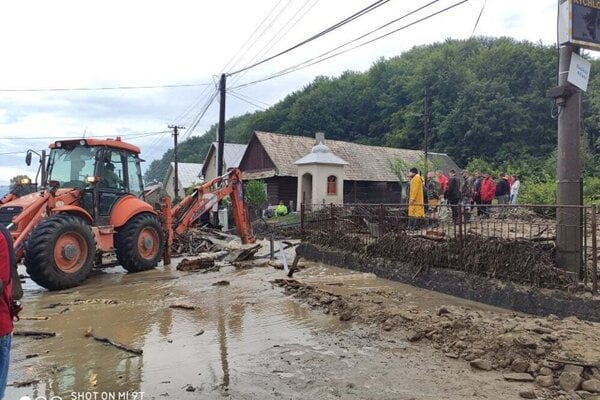 Several municipalities in eastern Slovakia were hit by strong storms and subsequent floods on Sunday, July 11.

The storms are expected to continue in the central and eastern part of the country on Monday, while hot weather will return during the next two days.

Firefighters have been dealing with damages

Intensive storms required the intervention of firefighters in several places of Prešov Region on July 11. They had to remove various obstacles, like fallen trees, and drain water from family houses.

The hardest-hit area was the northeastern part of the region, the SITA newswire reported.

Meanwhile, Košice Region was hit by a hailstorm, and firefighters had to help remove fallen trees mostly in the districts of Košice and Michalovce, the TASR newswire reported. 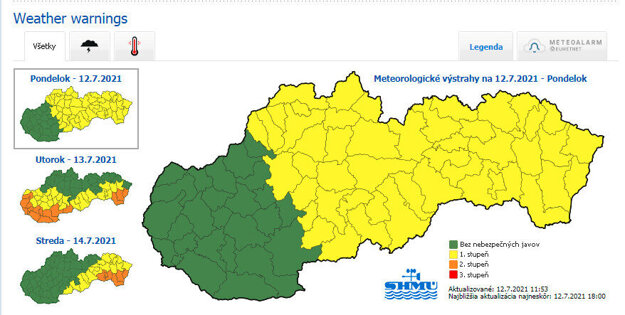 The Slovak Hydrometeorological Institute (SHMÚ) has issued a first-level warning against floods for July 12. It will be in place for all of central and eastern Slovakia until 22:00. In some places, storms may be accompanied by hail, and there is also a threat of increased water levels.

The districts of Michalovce, Sobrance and Trebišov in Košice Region should also prepare for high temperatures. A first-level warning is in place between 14:00 and 18:00.

On Wednesday, high temperatures are expected to hit southern districts, apart from those in the westernmost areas. A second-level warning has been issued for southeastern districts and will be in place between 13:00 and 18:00.