Tips for what to see in the Kysuce region, from traditions to thrills. 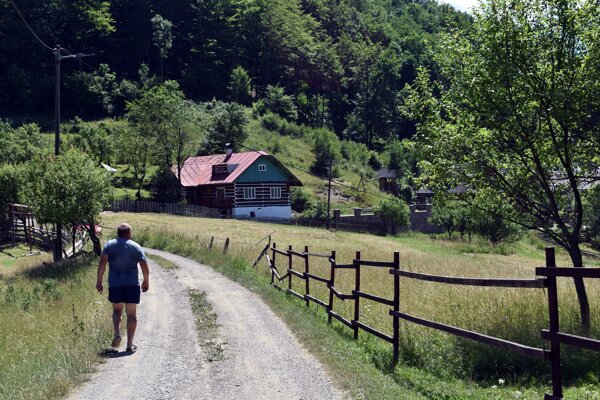 A man walks along a road in the Kýčera settlement in the Kysuce region. (Source: Peter Dlhopolec for The Slovak Spectator)
Font size:A-|A+  Comments disabled

The small region in the north of Slovakia bordering the Czech Republic and Poland, through which the Kysuca river flows, is dominated by hills and scattered rural settlements called osady. These are the core of Kysuce's slowly developing tourism.

"The best thing you can do is to not spend much time in Čadca but rather find hidden treasures around because there are so many beautiful things," said Mirka Petríková, who co-founded the KERIC youth centre in Čadca, the major town in Kysuce, with the aim of connecting the region with the world.

In the English language podcast, Spectacular Slovakia, which you can listen to below, she shares her travel recommendations within the region, including a visit to the unique Textile Craft Centre in Čadca and the mysterious stone balls.

Volunteers from Portugal and South Africa share their favourite places as well.

Kysuce is dotted with settlements built in the hills that remind visitors how hard life was in the region in the past. Some have only a few houses, but each offers beautiful views of the hills and forests. In a few of the settlements, people continue to reside. Elsewhere, the original houses come to life only on the weekends.

A few kilometres from Čadca, up on a steep hill, lies a larger settlement known as Kýčera, at the beginning of which you can see a large stone cross. There is a bell tower and a single brick house in the middle of this osada too. A short distance from the settlement a cemetery can be found. 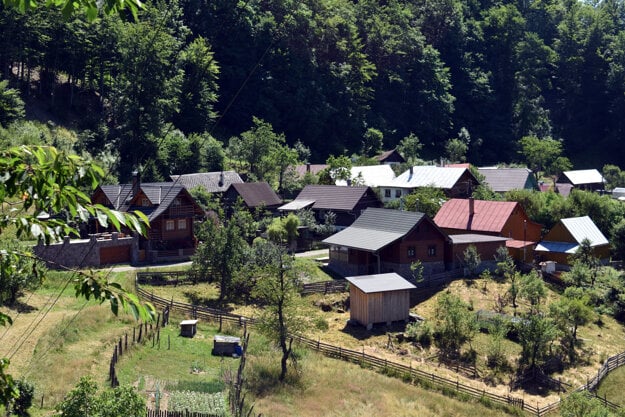 The Kýčera settlement in the hills near Čadca. (Source: Peter Dlhopolec for The Slovak Spectator)

"Kýčera is named after a hill, but other settlements are named after the families that lived in them," Petríková explained.

The settlements are very well connected and are therefore suitable for hiking or cycling. From Kýčera it is even possible to see, for example, the smaller settlement of Husárik. It is the trail between these two settlements that remains a favourite of South African Avuzwa Ngubo.

"I didn't like hiking before I came here, but because of the beautiful nature that you see when you are hiking, it makes you really interested," said Ngubo, who even went on a sleigh ride down the hill during the winter. 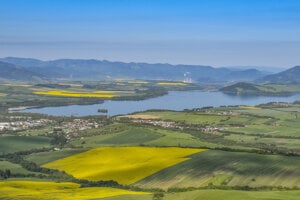 Listen to the podcast Luck seekers may find it in the Liptov region, together with a waterfall Read more

Husárik is dominated by a hotel built in the seventies. Once upon a time, construction on a tourism centre with a ski resort and a toboggan run began here, but after the Velvet Revolution, everything began to decay. Only the hotel was saved years later.

In addition to trips around the settlements, Petríková also likes hikes to the Kysuce peaks. One of them is the ascent to the Ľadonhora hill in the Kysucká vrchovina mountains. A few years ago, she came across a meadow full of field flowers below Ľadonhora offering a view of the villages of Horný Vadičov and Dolný Vadičov, the surrounding fields and the Malá Fatra mountain range. 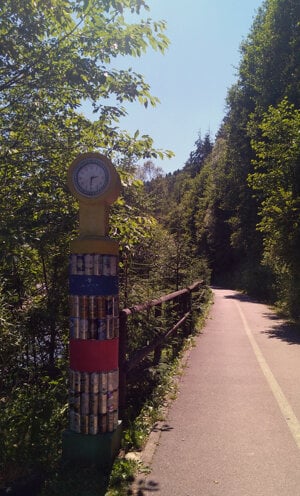 "I was impressed," she said. "It looked like rice fields in Vietnam or somewhere."

Popular peaks also include Veľká Rača - the highest peak of the Kysucké Beskydy mountains, through which the border with Poland runs. The ski resort Snowparadise Veľká Rača with summer attractions and a bike park spreads nearby. Other popular ski resorts and cross-country ski trails were also built in the village of Makov, whose surroundings enchanted volunteer Pedro Viola de Abreu from Portugal.

"As a volunteer in Čadca, I found this passion of mine that is hiking," he said.

From the village of Čierne, tourists and cyclists can set out on a trip to Trojmedzie - a point where three countries meet. Petríková also recommends the lesser-known Rycierova Hora peak.

"Wherever you go, you don't meet so many tourists," she said. "I think that's a positive point."

Due to its location, Kysuce is also an ideal place for cycling trips, which do not have to end only in the region. Visitors can get as far as to the Orava region or the Czech Republic and Poland, as the Kysuce Cycle Route stretches through the region.

"Kysuce is a paradise for cyclists," said Petríková. 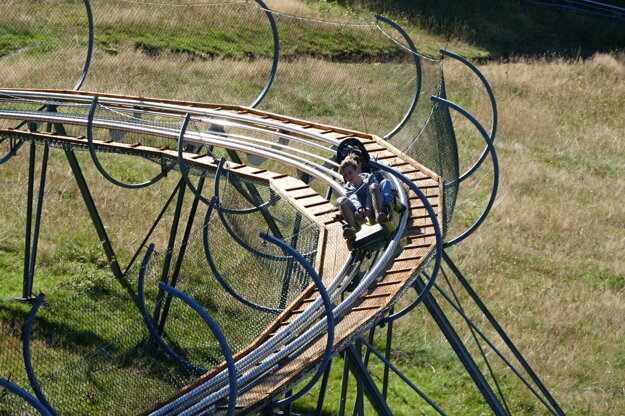 She added that the centre of cycling is the town of Krásno nad Kysucou, from where people can cycle to the villages Nová Bystrica, Oščadnica and Dunajov. After connecting the village of Dunajov with Žilina, cyclists can reach the Hungarian border by cycling alongside the Váh river.

In Krásna nad Kysucou there is a small bicycle shop where bikes can also be rented. It is therefore not difficult to try, for example, a one-day cycling trip along the Bystrica river to Nová Bystrica. The cycle route copies the former forest railway that connected the regions Kysuce and Orava.

In good snow conditions, this cycle route even turns into a cross-country ski trail. There are several of them in Kysuce.

In Stará Bystrica, it is worth checking out its special Slovak astronomical clock. Other Kysuce villages also offer various attractions. In Vysoká nad Kysucou, tourists can visit a memorial room of the American astronaut Eugen A. Cernan, where his ancestors came from. He himself visited the village.

The mysterious stone balls Megoňky, which can only be found in Mexico and New Zealand, are hidden near the villages Milošová and Klokočov. The open-air museum in Vychylovka, around which a train runs, is also a must-see. The village of Korňa is known for its own seven wonders, including a crude spring, old lindens and a windmill. 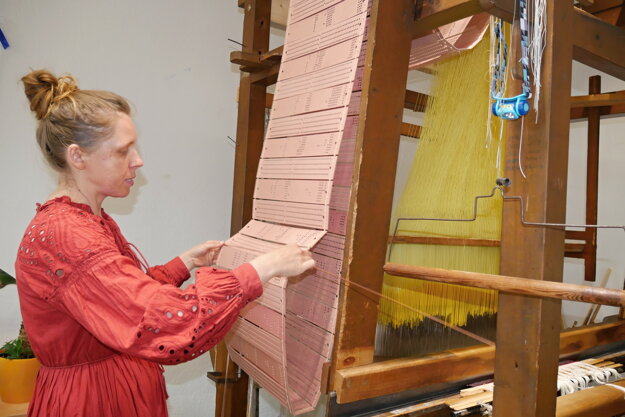 Daniela Danielis is the founder of the Textile Craft Centre in Čadca. (Source: Erika Ďurčová/TASR)

Many have no idea that Kysuce also boasts a rich tradition of textile production. The Slovena factory once operated in Čadca. Igor Kameništiak's factory has renewed textile industrial production, and the Textile Craft Centre has also been established in the town by Daniela Danielis. In addition to the excursions, visitors can try to weave fabric on old machines in the centre.

We can only guess how Jilemnický would describe today's Kysuce after almost a century, but he would certainly not miss out on mentioning the beauty of Kysuce again. According to Petríková, that beauty can be experienced in one way only.

"When you are coming to the Kysuce region, you have to try different sports connected with mountains."