A guide with information to 20 castles is at people’s disposal. 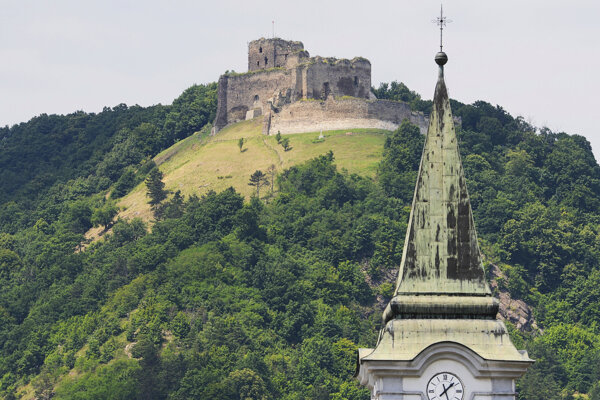 The castle above the Kapušany village in the Prešov Region. (Source: Milan Kapusta/TASR)
Font size:A-|A+

When Gabriel Druget owned Jasenov Castle in the 16th century, it was known as a place where counterfeit coins were minted. But the castle, overseeing the Humenské vrchy Mountains, was besieged and destroyed a hundred years later, turning to ruins.

In fact, only a handful of castles in the Prešov Region, such as the ones in Kežmarok and Stará Ľubovňa, have been preserved in their full glory.

This summer, the region has launched a campaign to popularise 20 castles and castle ruins scattered around, encouraging people to take pictures of themselves at the old sites and partake in a contest.

To make travels around the castles easier, a brochure with pictures of and information on historical structures, as well as how to reach them, has been published online and is available at most of cultural institutions and tourist information centres.

The first 200 successful participants will win a traveller’s gift box, and one of them can win a pair of travel shoes at the end of the contest. Each participant must take pictures of themselves at 17 castles included in the brochure; one of them can be replaced with Bodoň Castle.

Where to send photos and your contact details: hradnacestasvs@gmail.com.

This castle existed only for a decade, but it is the highest-situated castle ruins in the Prešov Region and the fourth highest ruins in Slovakia. The height of its rocky walls is 20 metres, which is why it is a popular spot for sport climbing today.

Where to pay admission

Many of the castles bear the names of villages in or close to which they are situated. Each castle offers spectacular views, and some of them have captivating stories to tell.

Though many castle ruins are accessible without having to pay admission, entries to the castles in Kežmarok, Stará Ľubovňa, Šariš, and Kapušany require an admission price.