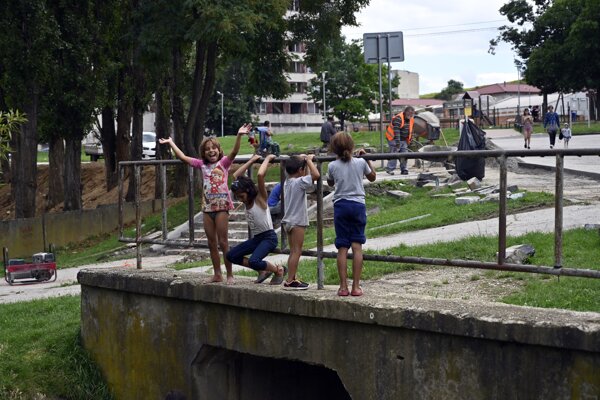 Anyone googling pictures of Košice, Slovakia’s second largest city, is likely to come across images of the majestic St Elizabeth Cathedral, or the city centre’s historic buildings and romantic streets.

But what foreigners planning trips to Slovakia’s second largest city are unlikely to learn much about is that part of Košice is also home to the largest segregated Roma settlement in Slovakia – the Luník IX housing estate.

Although just a 15-minute drive from the centre of the city, it is rarely seen by most visitors.

But in a few weeks arguably one of the most important visitors to Slovakia since its independence, Pope Francis, will stop there as part of a tour of the country.

And although some experts on Church matters have said the Pontiff’s choice to visit the estate is unsurprising given his focus on people from marginalised communities, there has been surprise that the head of the Roman Catholic Church will be going to a place that many in Slovakia still see as a disgrace.

Ondrej Ficeri of the Slovak Academy of Sciences, told The Slovak Spectator that many Slovaks are ashamed that the place will be in the international spotlight because of the Pope’s visit.

“Many Slovaks have a feeling of shame around the Pope’s visit to this stigmatised district,” he said.

Ficeri, who is heading a research project into Luník IX, explained that the vast majority of Slovaks believe anti-gypsyism does not exist in Slovakia, but are at the same time ashamed of Luník IX because of the damage it does to Slovakia’s image abroad.

The Luník IX district, in the west of the city, was built in the 1970s. It was originally designed for 2,500 residents, but there are thought to be at least 4,000 living there. It is plagued by low living standards, and failure to pay rent has seen supplies of gas, water, and electricity cut off in many buildings. Unemployment among residents is also very high at as much as 90 percent.

It has become notorious abroad as a symbol of the worst aspects of Roma segregated settlements and failed integration of the minority in Slovakia.

The history of Luník IX goes back to the area in Košice once known as Gypsy camp (Tábor) which was located under Moldavská Street behind what is today the Steel Arena winter sports stadium.