Sailing legend Paul Johnson never learnt about the success as he died in June of this year. 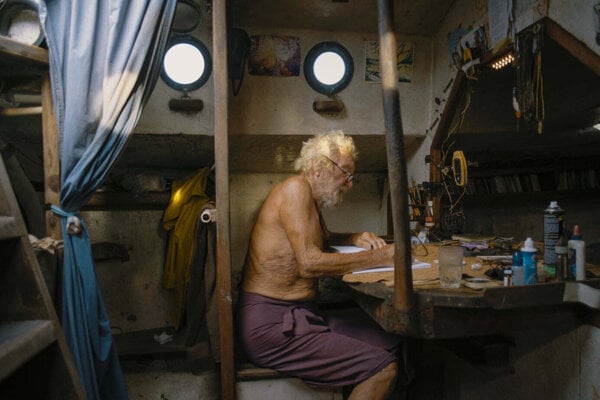 Slovak documentary "The Sailor" won an award at the Rhode Island film festival in the USA in mid-August. (Source: Facebook/The Sailor)
Font size:A-|A+3

When she met Paul Erling Johnson, an old sailor, on a small island several years ago, Slovak documentary filmmaker Lucia Kašová knew in that split second that her next documentary would be about him.

The Sailor, as she called the documentary, recently saw a triumphant American debut when it won an award at the Flickers’ Rhode Island International Film Festival. 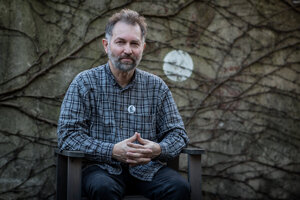 “An intimate and profound portrait,” judges said about the Slovak documentary, which took home a grand prize in the category of best feature documentaries in mid-August.

The film is a great example of fine documentary filmmaking, the jury added, celebrating the dynamic bond between filmmaker and subject.

The Rhode Island event, which is one of ten festivals in the world that act as an Academy Award qualifier in several categories and a qualifier with the British Academy of Film and Television Arts, saw a record entry base of 6,843 submissions this year.

“It is an honour,” said Kašová after learning she and her team had won the main prize at the US festival.

The producer of the film, Nazarij Kľujev, called their recent success a “huge satisfaction” after three years of work on the documentary, noting that their aim was first and foremost to show The Sailor to global audiences.

The idea behind the Slovak documentary arose in Kašová’s head a decade ago when she visited the Caribbean islands, where she came across a community of “sea gypsies.”

“Those people threw away their passports, did not carry a flag of their home country,” the documentary filmmaker said. The sea became their nationality, she added. 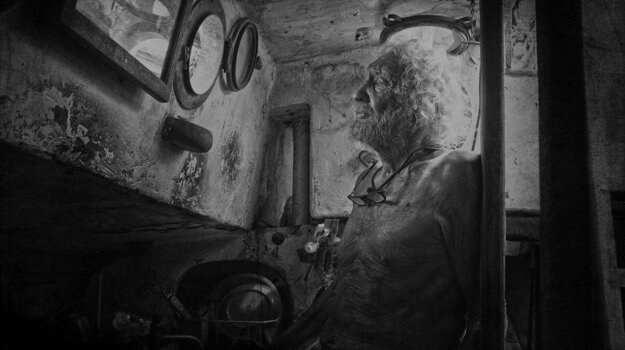 Sailor Paul Johnson died in July 2021, director Lucia Kašová announced on Facebook. She said: "I am thankful that he let me inside and allowed me to shoot this film, for his honesty and friendship and being the special person he was." (Source: Facebook/Lucia Kasova)

However, the work on the documentary about that community began only after she met 80-year-old sailing legend Johnson in a small grocery shop in Harvey Vale in Carriacou, an island of the Grenadine Islands, when she told herself the old sailor would best represent the community.

Kašová described him as an iconic symbol of freedom who had lived his life to the fullest, despite being lonely, before he passed away in June of this year, aged 83.

Sailor from day one

“This film is a contemplation about his choices after a lifetime of freedom before he embarked on his final journey of no return,” the director said.

Johnson’s life was always linked to the sea. He was born on a ship in the south of Great Britain and accompanied his parents on their expeditions.

A few years after he lost his twin sister in the Second World War, he decided to buy a 1895 dinghy and sailed across the Atlantic. Johnson sailed up and down the oceans and built trendy vessels all his life.

“He sailed the world with various women and had three kids that he knew of,” Kašová claimed.

Though he tried living on the mainland several times throughout his life, mostly to earn money before his next adventure, the filmmaker added that he never got used to that kind of life.

But as a very old man, he had no choice but to settle down in Carriacou in the end, drinking vodka instead of expensive rum aboard his boat before his final trip.

The Slovak director maintains that the film about Johnson is the reason why she wanted to join the film industry, adding: “It is a film I needed to make.”