Zuzana Kumanová has been supported by several Roma organisations active in Slovakia, who disagreed with the proposal. 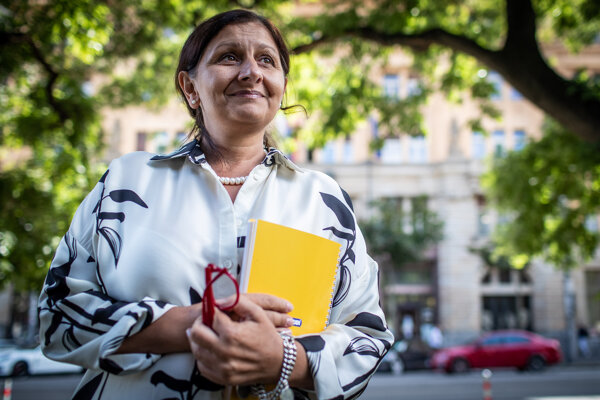 Zuzana Kumanová of the junior coalition party Za Ľudí ended in her post as the state secretary (deputy minister) at the Culture Ministry.

The cabinet recalled her from the function at its August 25 session. She will be replaced by former MP Viera Leščáková on August 26, the SITA newswire reported.

Though the proposal to replace Kumanová was officially submitted by Culture Minister Natália Milanová, it was in fact initiated by Veronika Remišová, investments minister and chair of Za Ľudí. Some have already criticised her for this, claiming she is doing so only because Kumanová supports a small faction within the party that wants to replace Remišová.

Meanwhile, the representatives of Roma organisations opposed the proposal as well, saying that Kumanová, who is Roma, is an expert, while Leščáková does not know anything at all.

Kumanová heard no complaints about her work

Kumanová took the post at the Culture Ministry in October 2020. She started out as an independent expert and then joined the party, as she wrote on Facebook. When working at the ministry, she was responsible for EU funds, national minorities, Slovaks living abroad and the state language.