Art Nouveau attraction at heart of Bratislava restored after fire 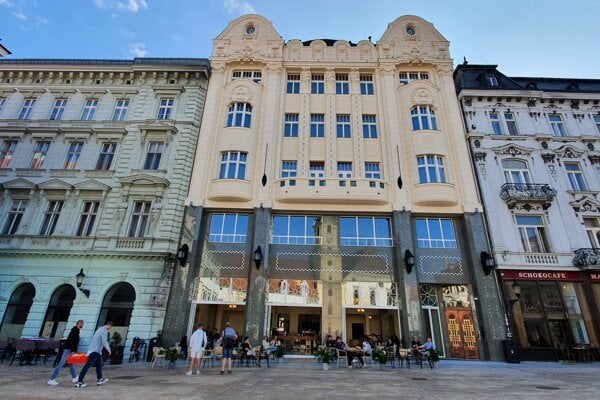 When fire gutted the Art Nouveau building that housed the legendary Roland Café and former bank offices on Main Square in the very centre of Bratislava in late November 2018, many feared for its future.​

​A renowned tourist site, the café was little more than a smouldering ruin after the fire – which spread from an illegal Christmas market stand – while the rest of the building, which dates back to the start of the 20th century, was also seriously damaged.

But while the fire damaged the façade, the interior of the café, and the second floor of the building, which housed offices, the building has now been restored.

And despite a different look – it has attracted much criticism among Bratislava residents on social media - its owners have pointed out that its current appearance is now almost identical to when it was first built when the city was still part of the Austro-Hungarian Empire and an independent Slovakia had yet to come into being.