Most journalists barred from general prosecutor's press conference on acquittal 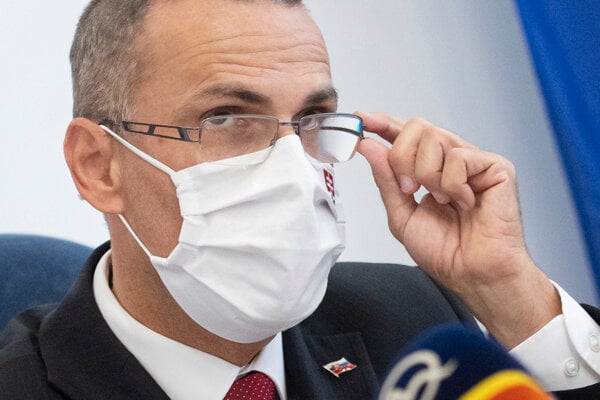 The General Prosecutor’s Office organised a press conference at 14:00 on September 2, during which General Prosecutor Maroš Žilinka explained the steps of his office. Žilinka’s deputy, Jozef Kandera recently acquitted former chair of the Slovak Intelligence Service Vladimír Pčolinský of all charges. Charges against Zoroslav Kollár and Jaroslav Haščák were also dropped.

The General Prosecutor’s Office did not invite all media to the press conference. Denník N wrote that they learnt about it only by coincidence. After arriving on the scene, they were not let in along with journalists from Aktuality and Sme.

Sme reported that only chosen journalists from four television stations were let inside. A list of invited media was not published.

Some politicians, including Juraj Šeliga of Za Ľudí, Kristián Čekovský of OĽaNO and Ondrej Dostál of SaS, criticised the decision to not let every journalist in.

"I will not be intimidated," Žilinka said, adding that nails were being thrown in front of his home over the weekend.

I am not anyone’s vassal, Žilinka claims