Seven-year-old mistake. Highways will cross but not connect

The public procurement for the junction started only last week. 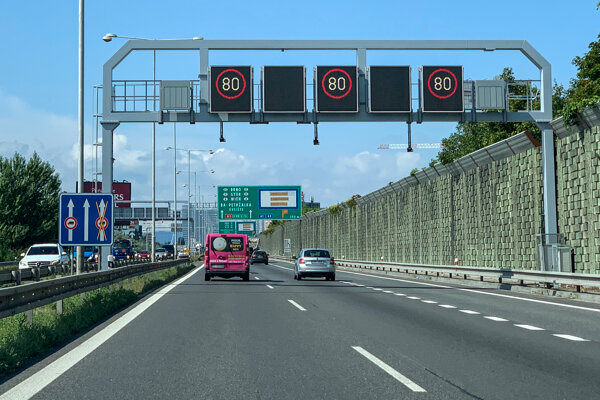 The D1 and D4 highways between Bratislava and Senec will soon cross but they will not be interconnected. This means vehicles cannot access one highway from another.

After the remaining parts of the D4 highway are open for use, it will not be possible to connect the highway to the D1. Transport Minister Andrej Doležal considers the situation a “mess”, claiming the root of the problem goes back to 2014.

He did specify how long it will take to finish the D1 and D4 junction.

“We will know the date of completion only once we evaluate applicants' offers,” Doležal added, as quoted by the SITA newswire. In the past, he said the construction would take about 1,000 days, approximately three years.

Price not the only criterion

He also admitted that shortening the construction time could be more expensive. He recalled a recent statement of the general director of the National Highway Company (NDS) Juraj Tlapa, who said that a conservative estimation would be that the D1/D4 junction would be finished in five years. 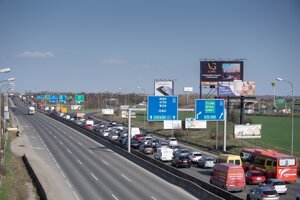 The National Highway Company launched the public procurement for the D1 Bratislava-Triblavina extension on September 3, the minister confirmed.

The estimated price of the project, including the junction of the D1 and D4 highways, is €127.1 million without VAT.

D1 will rise above D4

During work on the D1/D4 junction within the D1 extension, traffic will be redirected from the D1 to detour routes in three lanes that need to be prepared, according to the minister. Subsequently, part of the D1 will rise above D4 and the detour routes will then need to be rebuilt. "It will burden traffic," Doležal admitted.

"Reconstruction of the D1 highway is necessary to ensure the intersection with the D4 motorway,” added Eva Žgravčáková, spokesperson for NDS, as quoted by the SITA newswire.

“Traffic will be transferred from the current highway to detour routes along the branches of the future D1 / D4 junction. It will consist of the D1 road replacement, including a level lift, and the construction of new bridge crossroads between the D1 / D4 leading under D1," noted Žgravčáková.