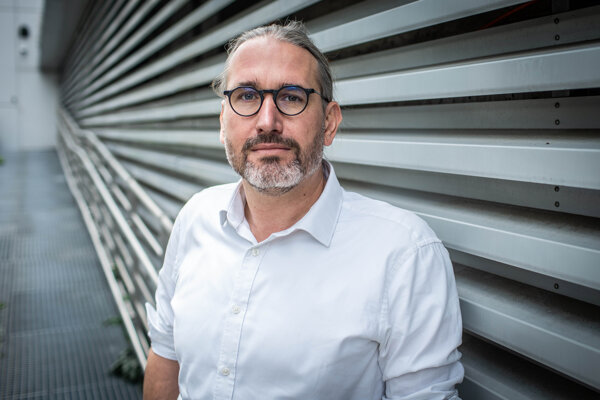 Post-pandemic economic recovery, the closure of nuclear and coal power plants in Germany, and the increased prices of emission allowances are the reasons for the energy crisis this autumn, say analysts and politicians.

MEP Martin Hojsík believes that the high prices of electricity and gas on the market aren't due to the system of emission permits or the fact that the EU is pushing for zero-emission energy production. He rather sees Russia as the culprit and believes the planned changes are an opportunity for the EU to avoid similar situations in the future.

EU countries made a commitment to lower greenhouse gas emissions by 55 percent by 2030. In July, the European Commission came up with the Fit for 55 set of measures to help achieve this aim. The industry has been critical of the proposed measures. What is your opinion of them?

Martin Hojsík (MH): It is rather simplified to say that the industry is critical towards it. Yes, some companies have expressed criticism, but most welcome the measures. Just look at the statements of some large companies active in the climate sector. They take it as an opportunity. It is too easy to always say we don't want something and fail to see the opportunity behind the proposal.

The question of lowering greenhouse gases is a question of survival. If we trust scientists, it is clear we need to deal with this problem. Moreover, it's an investment for the future, not costs. The costs are €30 billion from public resources that the German government will need to spend as relief funds for the damages after this year's massive floods, also caused by climate change.

Could we achieve the necessary cut in emissions without passing the Fit for 55 package?

MH: No, we couldn't. In the climate act, we have agreed on a goal. The Fit for 55 measures break this goal down and propose strategies and ways to meet it. However, I'm still critical about parts of the proposal, too.

MH: The plan to include the transport and heating of buildings in the emissions trade. As for heating, most large heat producers are already part of the system of trading emission allowances, so it won't be that complicated. But I'm not sure about transport, particularly if we consider the possible social impact. Climate change solutions must be just for people. We cannot allow it to give rise to social problems and let only certain companies become rich. That is why we're still discussing the issue with my colleagues.

The industry is critical of what it sees as constant changes in the rules. Many producers start developing technologies or invest in more ecological production, and suddenly a new change or stricter rules come. How can you explain it to them?

MH: The emission climate goal as such has not been increased for a while now, even though scientists have warned us that it is insufficient. The latest change reflects, to some extent, the appeals of the scientists. If we trust scientific consensus, we need to act, at least, in the current scope, or ideally more.

Biofuels a problem rather than a solution