The national carrier claims it would not be profitable to put more trains into operation. 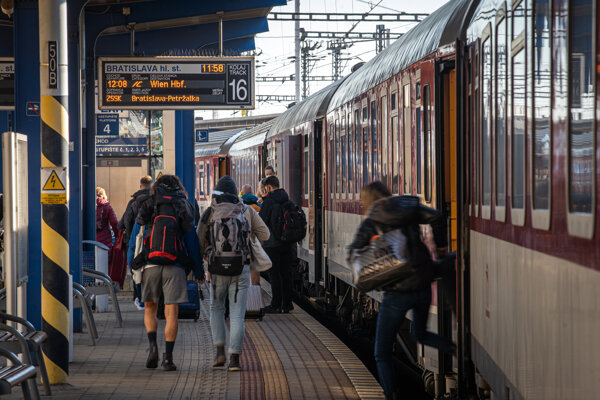 Since the pandemic broke out in Slovakia 20 months ago, people who want to spend less than five hours on the 443-kilometre-long journey by train from Bratislava and Košice have only had one option.

Only IC trains can make the journey between Bratislava and Košice in 4 hours and 46 minutes while fast trains (despite the name) take 5 hours and 50 minutes. But there is only one IC train in operation.

Epidemiologists consider the IC train the safest one to travel on during the pandemic as every traveller has their own seat. Fast trains and regional trains are often overcrowded because they are free for students and pensioners.

“As the vaccination rate is, unfortunately, low, less crowded trains are always a safer possibility for preventing infection,” said the chief epidemiologist of the Health Ministry, Henrieta Hudečková.

One to the east, one to the west

For 10 of the last 20 months, IC trains did not run at all. ZSSK, a national carrier in Slovakia, renewed them in June, but there is only one such train heading east and one train heading west per day. The IC train leaves Bratislava station at four p.m. and returns at seven a.m.