The wooden structure is located between Marianka and Rača. 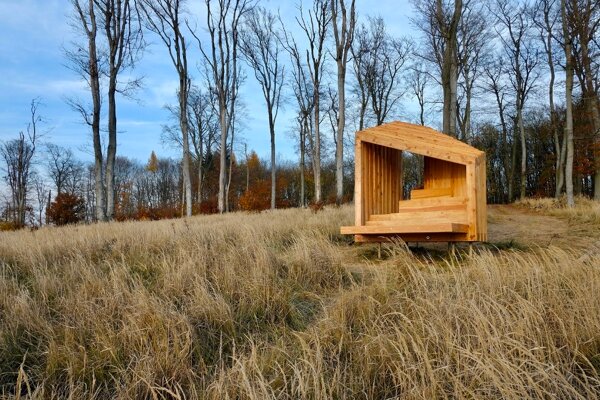 A wooden animal observatory called Vydrica was erected in the Small Carpathians between the village of Marianka and Bratislava’s Rača. It is a joint project of the capital, the municipal organisation Metropolitan Institute of Bratislava (MIB) and the municipal forestry company Mestské Lesy v Bratislave (MLB).

“The unobtrusive observatory, which is sensitively set in the environment, gives visitors the opportunity to enjoy the view of the forest park in peace,” said Matej Dobšovič, director of MLB, as cited in the press release. He asked visitors to approach this place with respect and not to scare the game. “From Vydrica you can observe not only animals but also the gradual transformation of the forest after strong winds into a natural forest. 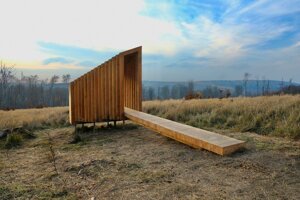 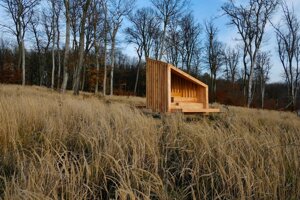 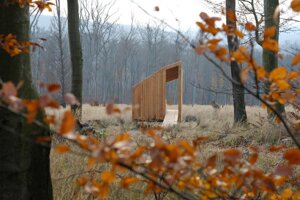 Its name is derived from the locality as it's near the Vydrica brook. The observatory is about 13 square metres large and can fit a smaller group of people. From here, people can observe fallow deer, mouflons, wild boars, foxes and pheasants.

The observatory is located within walking distance from other well-known recreational places in Bratislava such as the Pánova Lúka meadow, the Studnička Zbojníčka well and the Malý Slavín memorial. This section of the forest park is part of a logging-free zone. In the future, it should be included in the national nature reserve Pramene Vydrice, i.e. Springs of Vydrica.

“It is a unique environment characterised by unmown meadows, trunks of former mature trees, fallen trees and bushes,” said Annamária Ondrejková from MIB.

The observatory was designed by the architectonic studio Office 110, the designers behind the old gamekeeper’s lodge on Pekná Cesta Street. Architect Martin Hörmann explained that the small wooden construction was built as an animal observatory, but it also serves as a seat for passers-by or a shelter in case of bad weather. The MLB workers constructed the observatory from local larch.