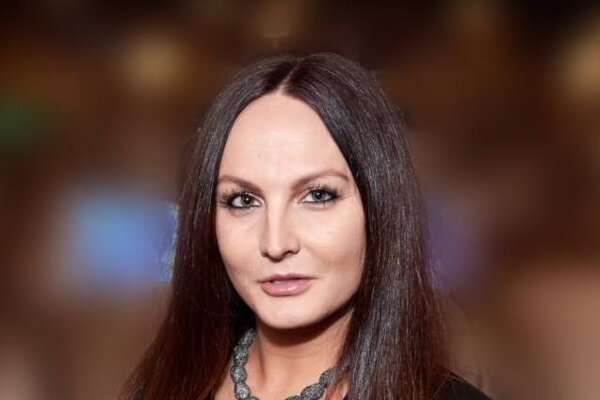 "My first room was on a hill overlooking a cemetery," Katarína Nováková Grubb smiles at the memory of her beginnings in New York City. It has been more than 15 years since she first came to the big city as a student as part of the Work and Travel programme, unaware that she had just found her new home and that it would change her life.

Her motivation to come to New York was to improve her English and gain some work experience as well as get to know the US better. Today, she works for a company involved in stem cell treatment. Through their Slovak branch, hundreds of people from Slovakia have received the treatment, some with financial support from charities. In New York, Katarína Nováková Grubb is an active member of the Slovak community, and her energy is an indelible part of Slovak masses in Manhattan and various other events. 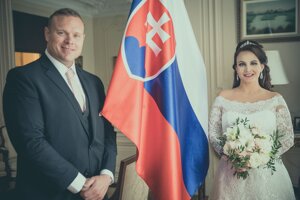 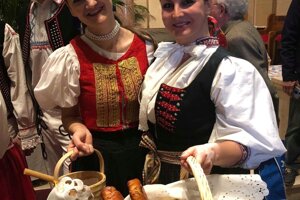 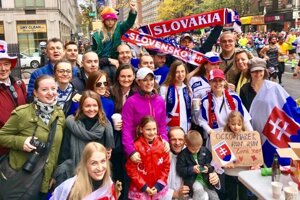 Katarína Nováková Grubb has built a large network of contacts since she first came to the US. But her beginnings were humble, waiting tables in Manhattan. She then lived in more distant neighbourhoods, like Queens and Brooklyn, so her commute to work typically took more than 90 minutes. She often made it home as late as two in the morning.

"I slept on an inflatable bed with my friend. The start was not easy, I didn't know anybody, I had to work hard to achieve anything," says Nováková Grubb. She was only able to afford living in Manhattan a few years later, although in a shared apartment, on the fifth floor with no elevator. "You know it from the show Friends. It's normal in New York City for people to share apartments, since the rents are high and the prices of apartments are even higher."

Her American dream came true when she started working at a real estate agency in New York City. She appeared on a few episodes of the Million Dollar Listing reality show.

She stayed in Manhattan for ten years and only moved away recently, to West Point, New York, where she lives with her husband Andy. 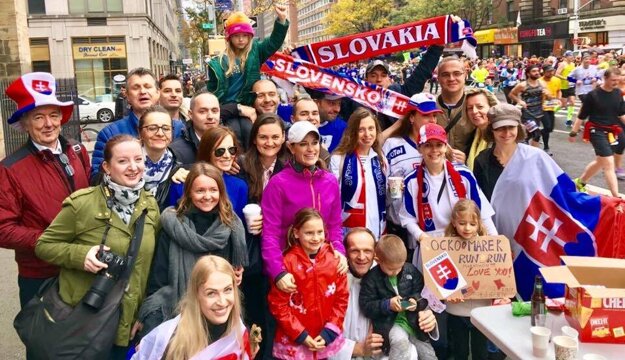 The Slovak community cheering during her marathon in New York. (Source: Courtesy of K.N.G.)

Nováková Grubb now works for Blue Horizon International, a company involved in stem cell treatment. "Thanks to my work I got to know many interesting people and I visited many places I might not have been able to visit otherwise, like China, Australia, Jamaica, Saudi Arabia, Dubai and Oman."

The most joyful work trips, however, were to Slovakia, after her company and a charity foundation she works for in New York established branches in the country.

"I have worked on this project since 2012, it hasn't been easy, but I'm happier that we've been able to help more than 400 people to receive stem cell treatment. Most of our patients were from Slovakia. We have also raised funds to help Slovaks who could not afford this treatment."

Katarína Nováková Grubb describes New York as a city with amazing energy, full of infinite possibilities for studies, work, free time, culture and sports. "It really is a city that never sleeps," she says.

But Slovakia remains special for her. She is proud of her origin and she always loves to return home, to the western-Slovak city of Trencin. "I love Slovak music, folklore, our food, customs, traditions... yes, I even brought an entire folk costume to the US!" 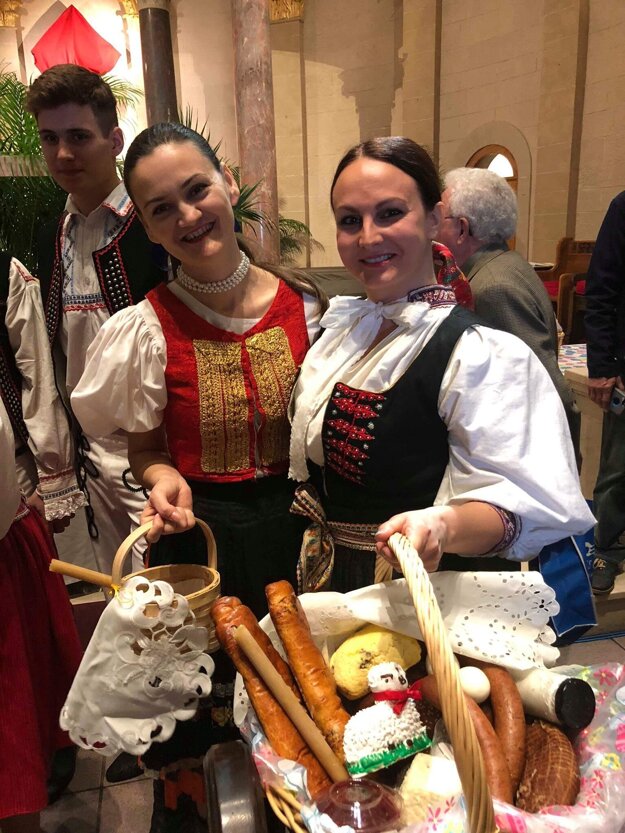 She takes active part in the life of the Slovak community that meets at various events, including church masses in Manhattan.

"Many people may not know that there is a Slovak church right in the centre of New York City, where holy masses in Slovak are held every Sunday," she said. "They also organise various events. We cheer for marathon runners in front of the church. It's a great place where I always feel at home!"

Katarina and her husband Andy also take part in events organised by the Slovak general consulate, the Slovak permanent representation to the UN and the group "Slovak Professionals in NY". "We are now all looking forward to Christmas kapustnica (cabbage soup)."

Good things are easier to see from afar

Living abroad has shown her the many things people in Slovakia take for granted and that are not so in the US. Among them is holidays, paid maternal leave, and time for family in general. Schools and health care are very expensive in New York as well, she noted.

"The length of paid leave is incomparable to Slovakia [where employees are entitled to at least 20 days by law]. I only have 10 days a year here, and when I'm sick and need to go to the doctor, it counts towards those days," says Nováková Grubb. Paid maternal leave is also much shorter - 12 weeks in New York against seven months in Slovakia.

"Add to that Christmas which takes one day here, and then back to work," she noted.

What she likes about Slovakia is that family time, holidays, and relaxation are considered more important. "It is true what they say, that in the US people live to work, in Europe they work to live."

Happy memories of a terrible year

When New York became the epicentre of the pandemic in early 2020, when people still did not know much about the virus, Nováková Grubb closely followed the situation. "Too closely, perhaps. I was afraid to go shopping, I mostly bought items online. It took me a while to get over it, and my husband helped me a lot. He doesn't fear anything." 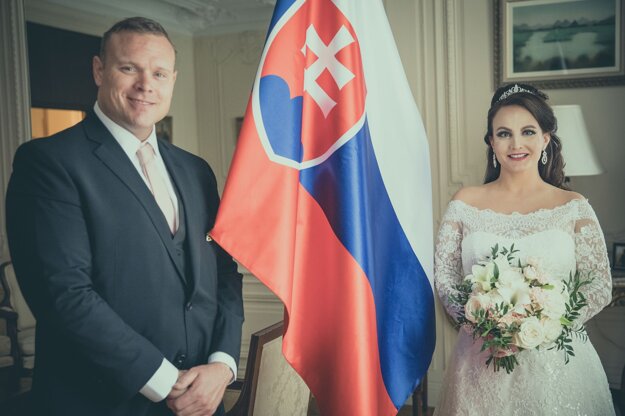 At some point she found it most helpful to stop watching the news and spend a lot of time outside the city. "Then we planned our wedding in New York and the wedding celebration in Slovakia, so we had other, more pleasant things to care about," she recalls her big day on both sides of the ocean. Despite the difficult circumstances, her memories of this year will definitely be happy.

Katarína Nováková Grubb brings a whole lot of positive energy to the Slovak community in New York. During her years in the US, she has built a dense network of contacts. "I believe our warmhearted Slovak nature is behind that. I do not take it like work. I like people, talking to them is energising and inspiring for me."