A history teacher and students saved the only Jewish monument in Spišská Nová Ves over a decade ago. 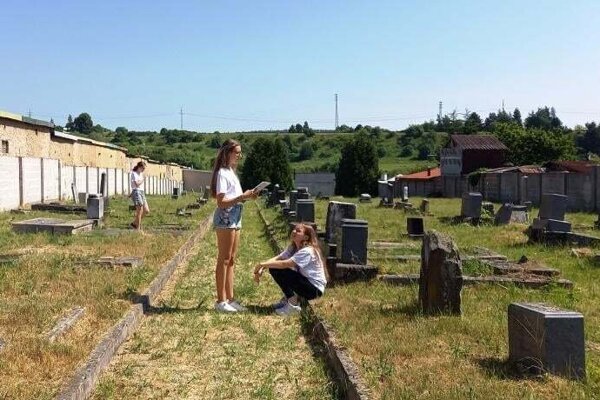 Spišská Nová Ves students are waiting for visitors to come to the Jewish cemetery in the town at the end of June 2021. (Source: OZ Pro Memory)
Font size:A-|A+  Comments disabled

The train chugging alongside a Jewish graveyard in Spišská Nová Ves often jogs visitors’ memory about the tragic WWII events that took place in this eastern Slovak town and its wider area.

From a nearby railway station, the Nazis sent several transports of Jews off to camps on the territory of today’s Poland, making a stop at the intermediate stations in Žilina or Poprad. Jewish families living in or around Spišská Nová Ves – 699 adults and 333 children - were deported straight to the camps on May 28, 1942.

Around 200 Jewish families lived in the town before the war.

Yet, anti-Semitic attitudes began to surface in Spišská Nová Ves as early as the late thirties. In 1941, members of Hitlerjugend and Spiš Germans burnt down the synagogue on Školská – then Hitler – Street, after two failed attempts.

“Though the Jewish community declined in the town, one monument to the community has come through – the abandoned and dilapidated Jewish graveyard,” said Ružena Kormošová, a retired history teacher and a regional historian from the Pro Memory civic association. 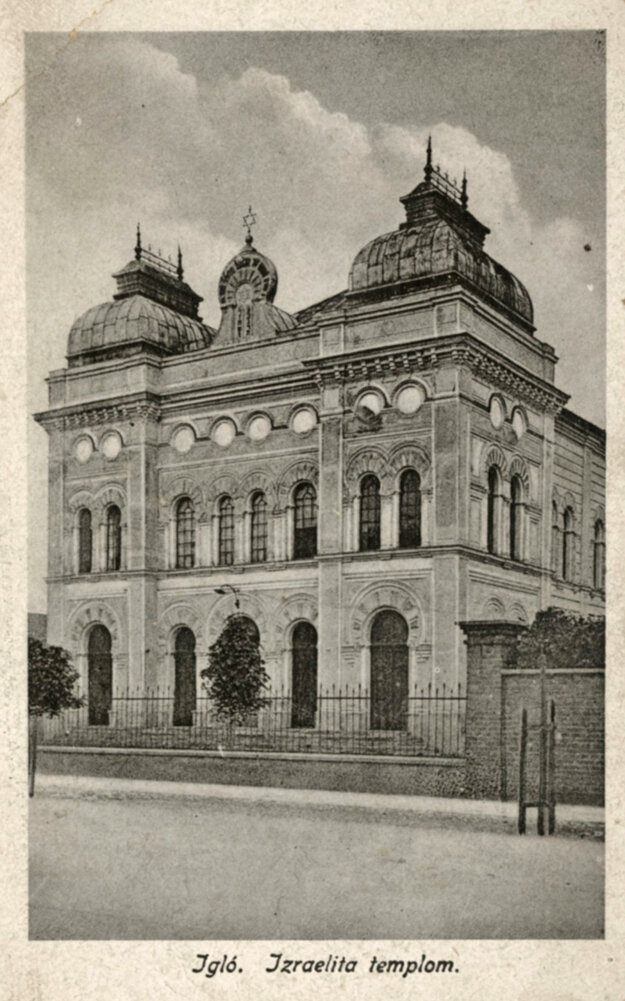 The synagogue in Spišská Nová Ves before it was destroyed by the Nazis. (Source: Courtesy of Ružena Kormošová)

Supported by the town and the Central Union of Jewish Communities in Slovakia, Kormošová and several generations of students from the local grammar school on Školská Street have been restoring and taking care of the pre-war graveyard with 280 tombstones, set in between garages and gardens, for fifteen years.

“We need young people to see that life is not always fun, and that the threat of the hatred against each other and a lack of humanity have not vanished,” she maintained.

As guides during the Weekend of Open Parks and Gardens, students come to the graveyard to recount to visitors the history and stories of local Jews. Here, they also gather in late October to light 333 candles and commemorate the Jewish children from the 1942 family transport.

“We promised to look after the tombstones,” Kormošová said. She added that a lot of work still needs to be done.

Because Slovak Jews do not possess enough resources to preserve their cultural heritage, they mostly rely on grants, donors and the help of activists.

“We are immensely grateful to them,” said Oľga Hodálová, the vice-chair of the Central Union of Jewish Communities in Slovakia.

For the past couple of years, the Jewish community has been awarding the Eugen Bárkány Award, named after the founder of the first Jewish museum in Slovakia, to people who maintain their Jewish heritage. At a November video-conference on the Jewish cultural heritage in Slovakia, Kormošová received the prize for her years-long research and projects focusing on the history of the Jews from the Spišská Nová Ves area.

There were 800 Jewish communities and 800 graveyards in Slovakia before the war, as well as many synagogues, but there are only 2,000 Jews, most of them of older age, grouped in twelve communities today. 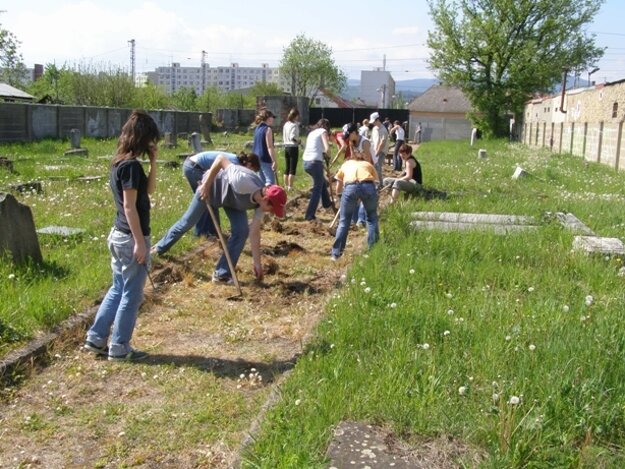 In 2007, students from Spišská Nová Ves started to look after the local Jewish graveyard. (Source: Courtesy of Ružena Kormošová)

“It's not about disrespect,” Hodálová continued, “Those who were supposed to look after the tombstones were deported; unfortunately, they were given a one-way ticket.”

Tens of thousands of Slovak Jews were sent to their deaths during WWII by the authoritarian Jozef Tiso regime governing Slovakia, an ally of Nazi Germany.

In 2009, Kormošová started bringing stories of several local Jews to her fellow citizens again. It took her several months to write and publish a new book, Traces of Memory I. Her students assisted her and co-authored the publication. Having studied old school photographs and school records from 1935-40, they tell 27 stories of the Jewish students and their families that lived in the Spišská Nová Ves area before and during WWII. Four years later they released a follow-up, Traces of Memory II, with another ten stories.

“The story called A Jewish Boy is probably the saddest. His mother is believed to have died after his birth in 1940, and his father, widower Abrahám Samuel, was deported in the first months of 1942,” Kormošová sighed heavily. At 32, the father perished in Auschwitz a year after. 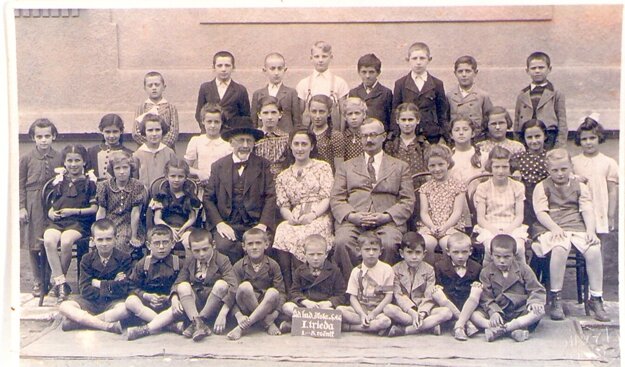 Students from a Jewish school in Spišská Nová Ves. The picture was taken in the school year 1939-40. (Source: Courtesy of Ružena Kormošová)

The boy, who was just two, was left with his Catholic neighbours. They had adopted two little Catholic boys, Štefan and Jozef. The adoptive mother loved and wanted to save the Jewish boy, Hugo, so she sent Štefan to a labour camp in Sereď so as not to be suspected by her neighbours. What happened to Štefan afterwards is a big unknown, but he is thought to have perished in Auschwitz. Hugo survived. When his Jewish relatives returned to take the hidden boy home after the war, the mother declined.

“Only on her death bed did the mother tell Štefan that his real name was Hugo, but she said nothing about his Jewish roots,” the historian said.

Hugo learnt about his heritage many years later, already being a father.

Another story from Kormošová’s books, shared by Cynthia Drapkin from Northwood in northwest London, reveals how the Torah from Spišská Nová Ves ended up in Northwood’s Pinner Liberal Synagogue.

“It was the Rauchwergers, Sylvia and Arpád, who saved the Torah with the engraved metal name of Spišská Nová Ves on it,” Kormošová said. 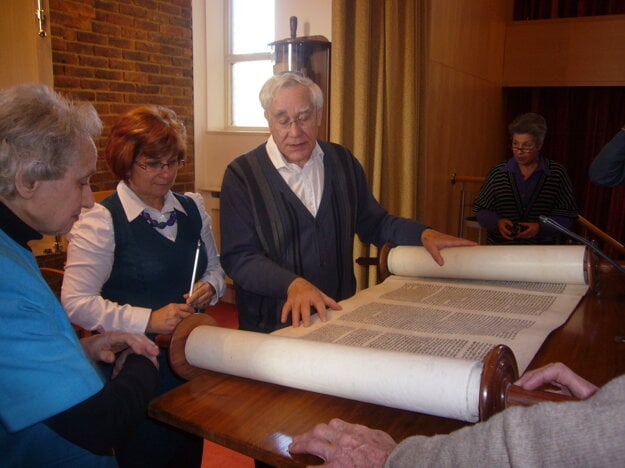 The married couple owned a gypsum mine a stone’s throw from the town. Because of their business, the Nazis considered them important in 1942, thus avoiding deportations. Circumstances changed two years later, and they had to hide in the hills. The couple survived and remained in Spišská Nová Ves after WWII. Several years after Arpád’s death, in 1968, Sylvia visited her sister in Vienna and left for England, where her brother lived. She requested that her belongings, including furniture, be moved from the Slovak town to London, where she passed away.

“Moving stuff out of her London house, her brother’s family had difficulties with a large heavy cabinet, which they could not get out through the door,” Kormošová said.

During its dismantling, they discovered a hidden compartment with the Torah, which was passed on to the Jewish community in Northwood in 1998.

Kormošová, in her 60s, could recite each of the stories in her books.

She does not have Jewish roots. Instead, her interest in the history of this minority was sparked after she met Margita Teitelbaumová, a Holocaust survivor who lived in Spišská Nová Ves after the war, several decades ago.

Yet, the historian admits, uneasily, that it is a personal matter as well. “I lost my first child,” the mother of three said, “and when I taught school pupils about WWII, I always asked myself: How could one man influence so many others into slaughtering innocent children?” 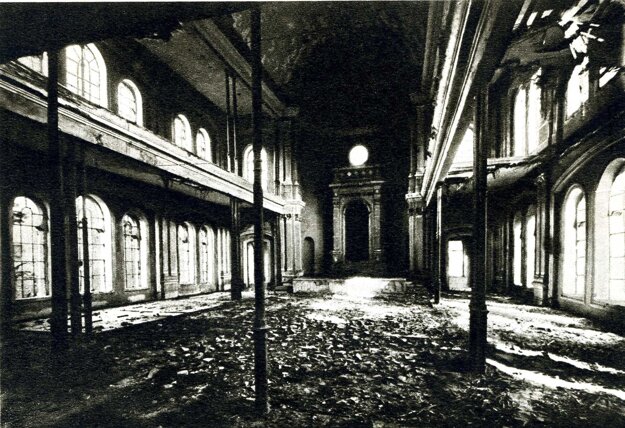 Teitelbaumová died in 2002. She had Eli Fenichel, a young American Peace Corps volunteer who catalogued and cleared the derelict Jewish graveyard with his other team members at that time, deliver a key from the Jewish graveyard in Spišská Nová Ves to Kormošová after her death.

The teacher did not know what to do with the key for two years, keeping it in a vase.

However, when she learnt about some Israelis jumping over the gate of the destroyed graveyard, it prompted her to seek a solution. After she shared her idea with her students in 2006, they decided to give her a hand and save the Jewish graveyard, which they – comprising different generations of students - have maintained ever since.

“We have shown people that today’s generation of ‘computer children’ is interested in history and understands the importance of learning about the Holocaust and WWII,” said Kristína Hatalová, a student at the grammar school on Školská Street.