It's normal that talent leaves, it's important they can return

The Slovak-American biotechnologist has got 13 patents, organises meetings of the Slovak scientific community in the US. 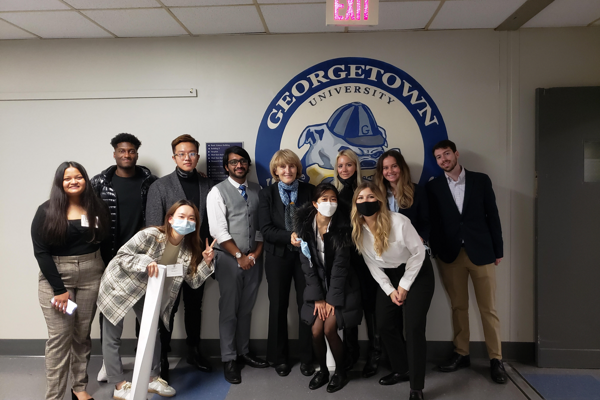 America is an optimistic country. It welcomes the optimists and the determined, says Ivica Labuda, a Slovak scientist who has been living in the US for more than 30 years now. She considers the changes that occurred in Slovakia during that time amazing, although the atmosphere in the country does not really reflect that.

"I would wish for training in optimism for Slovakia," Ivica Labuda says. "Optimism is a must, coupled with hard work. When one leaves, one gains the distance to see Slovakia better. We are prouder of Slovakia here than people who actually live there."

Ivica Labuda is the director of the Master's in Biotechnology programme at the Georgetown University in Washington, D.C. She owns six patents from her time in Czechoslovak science, and seven patents in the US. She left her homeland, then Czechoslovakia, shortly before the fall of the totalitarian regime, together with her brother. They made their way to Austria through former Yugoslavia, and from there on to the US. Though driven by the desire for freedom, professor Labuda admits the decision to leave her home was one of the hardest in her life. They left, conscious of the fact they wouldn't be able to return.

The then Czechoslovak courts sentenced her and her brother for emigration to two years in prison. She still has that verdict filed in her documents, as well as the later pardon that the republic granted to emigrants after the fall of the regime.

A haven for Slovak scientists

Although beginning in a foreign land is always hard, scientists have the advantage that every laboratory is basically the same, an environment where cultural and language barriers are erased.

"As soon as I enter the laboratory, I am at home. We speak the same language," Labuda says. Her brother, who travelled to the US with her, had it harder: as an architect, he needed to pass 13 exams and work for three different architects before he was granted a license.

Ivica Labuda worked at the Chemistry Institute of the Slovak Academy of Sciences (SAV). Thanks to her work there, she had been in contact with several foreign universities, laboratories and scientists. After her departure from Bratislava, they offered to help her.

"I knew various scientific groups. I wrote to professors that I was coming to the US and that I needed help. One of the professors even let me and my brother stay at his home for three months. That's the kind of good luck one needs to have, next to courage."

Good luck, good health and freedom are keys in life, in her opinion. "As Louis Pasteur once said, chance favours only the prepared mind. Perhaps it is most important to be able to recognise the chances that life brings. They don't happen to everybody, and not everybody can recognise them." 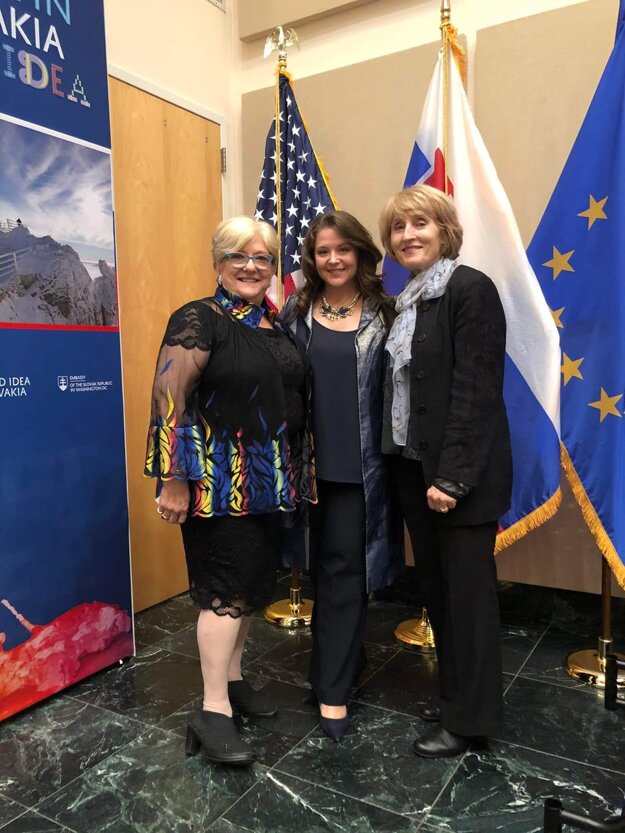 Ivica Labuda (right) at the Slovak Embassy with friends from Slovakia: dr.Cecilia Rakousek and Sabina Sabados. (Source: Courtesy of I.L.)

The century of biotechnology

After her arrival to the US she did well in academic circles and she considered enrolling for a postdoc at the prestigious Princeton University. In the end, she opted for a career in business. "The feeling of better financial security was decisive, as well as the chance to work in a dynamic team."

For more than 18 years she taught students as an external lecturer, while working for several transnational companies, including Kraft and La Roche. Dr. Labuda is now director of the Master's in Biotechnology programme at the Georgetown University in Washington, D.C.

She has eight professors at the programme that she leads. In addition, there is a number of lecturers from business sectors, external lecturers like she once used to be.

In her role as the director, she tries to build ties between Georgetown University and Slovakia. "I continue looking for ways and opportunities for Slovak students to be able to come and study here or take part in our lectures. It is much more complicated compared to the building of ties between universities within the European Union, but it is worth the effort."

When speaking of biotechnology, she displays a lot of enthusiasm for the field of science she has devoted practically her whole professional life to. Biotechnology is flourishing and incredible possibilities are opening up ahead of this scientific field.

"I always say that we live in the century of biotechnology," she says. Thanks to the knowledge scientists have gained, as well as accessible technology, biotechnologists are able to answer questions and help in areas where they had no answers previously.

Since the time of the first biotechnologist, Louis Pasteur, the discovery of DNA and the possibilities to change it meant a major breakthrough. "In connection with amazing technologies and knowledge it creates grounds for new combinations, both for new drugs as well as for the development of vaccines against Covid-19. The progress is amazing," the scientist says.

The perhaps best known use of biotechnology nowadays is in gene therapy. "In many cases, we are able to give individual patients tailor-made medicines, to make sure they work the best for the patient. This mainly happens in cancer treatment. We also try to find ways to boost our own immune system to be able to prevent diseases on its own. The possibilities are endless and very beneficial."

Family at home and at work

During her career in the US, Ivica Labuda has learned that mentors' advice is important. The professional contacts she had built helped her immensely after she arrived to the US. "One needs to actively seek mentors and continuously communicate with them."

She recalls her boss at La Roche. "I found out that early morning was the best time to get hold of him. Thanks to that, I extracted a lot of advice from him, and we became close on the human level, too."

Ivica Labuda thus recommends young people to create a network on the professional basis. "Our professional family is equally important in life as our family at home."

As a young scientist, she met her husband, a scientist as well, while yachting in Manhattan. They got married at the lighthouse in the port town of Newport.

"My husband is my rock. He's got an amazing brain, he develops very interesting technologies. I always laugh when I tell him that he can understand my work, but I cannot understand his. And that's completely alright."

Their children, twins, have Slovak roots after their mother and French after their father. At the same time they are Americans, born and raised in the USA. As students, they follow in the footsteps of their parents: their daughter studies biology and their son physics.

Unlike the usual six months of maternity leave, Ivica Labuda stayed at home with her twins for two years. She stresses it was her decision. "There is now a lot of focus on women who can do it all, family and work. In my opinion we shouldn't forget to let women choose. We don't all need to be superwomen."

While on maternity leave, Ivica Labuda decided to do her own business and started two companies, a consultancy firm and one joint project with her former colleagues. Together they still make their own cosmetics. The business gave her more flexibility - she was at home with her children and at the same time maintained contacts with her colleagues.

Living in New York is not a television life

USA and particularly New York are famous from books and movies, so people often have a wrong idea of the actual life in the metropolis that became home for Ivica Labuda and her family.

"Everything is different, obviously. Not everyone has a huge apartment at Manhattan, not even if they are successful. The television life is unrealistic."

A person coming from another part of the world, like herself, has the hardest time for the first ten years, according to Ivica Labuda. "We weren't born here. We have different habits and attitudes, and we expect someone to address us to take the next step, but that's not what happens here. You need to set your own goals, prepare your position, and know what you want."

Ivica Labuda remains in close contact with the Slovak community in New York. She organises meetings of Slovak scientists working in the USA as the head of commission for science. Her connection with Slovakia is also through her family, her education and her youth.

"I will always be Slovak. I still have a lot of it in my blood. And my children are still proud to be associated with Slovakia, even though it is just one of their three cultures."

Ivica Labuda wishes Slovakia would make more effort to connect with people like her, Slovaks living abroad. "We have a massive brain drain. It is normal that talent leaves. The important thing is now they can also return."