Weekend: Can you observe a Christmas comet this year?

Ski resorts are reopening, and so are galleries, museums and libraries. 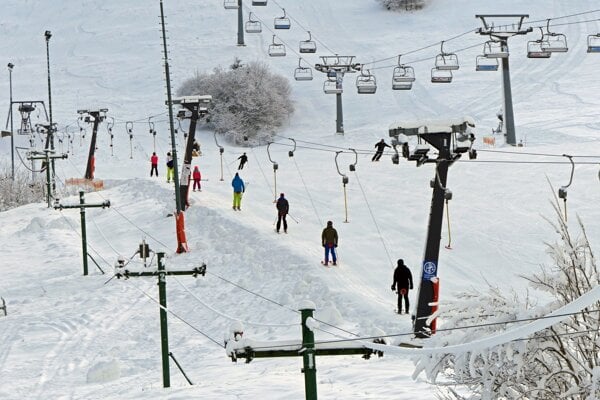 This week, we are writing about two expected meteor showers, ski resorts, and a musical bridge. 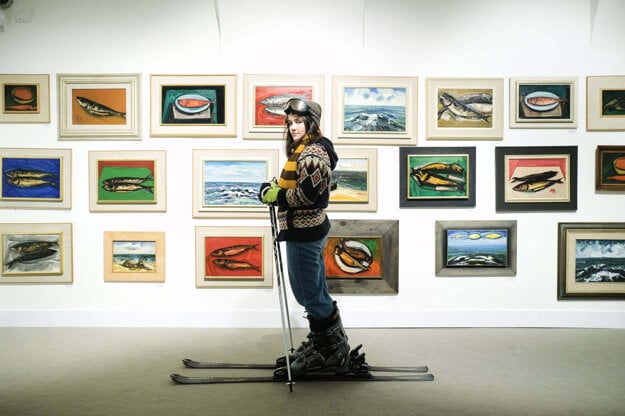 Art galleries, libraries and museums reopen on December 17. Before the government's decision, an art gallery in Nitra published several photos on December 13, adding an ironic caption: "The only way to get to an art gallery at the moment." People have been skiing around the country since last week. (Source: Facebook/Nitrianska Galéria)

Meteors and a Christmas comet will underline the magic of this year’s holiday season.

The Ursids meteor shower will be active from December 17 to December 26.

Astronomer Antonín Bečvář, who is also the founder of the Skalné Pleso Observatory in the High Tatras, was the first to discover and observe the meteor shower in 1945 – just two days before Christmas. Back then, one could observe up to 88 meteors an hour during its peak.

“At its peak, we could see about 10 meteors an hour this year, but the conditions for observation are not going to be very good - the moon will be at its maximum on December 22, three days after the full moon,” said Ján Svoreň from the Astronomical Institute at the Slovak Academy of Sciences.

However, people will enjoy excellent conditions for observing the annual Quadrantid meteor shower after Christmas. It will be active from December 30 to January 7. The peak activity of the meteor shower will occur on January 3. 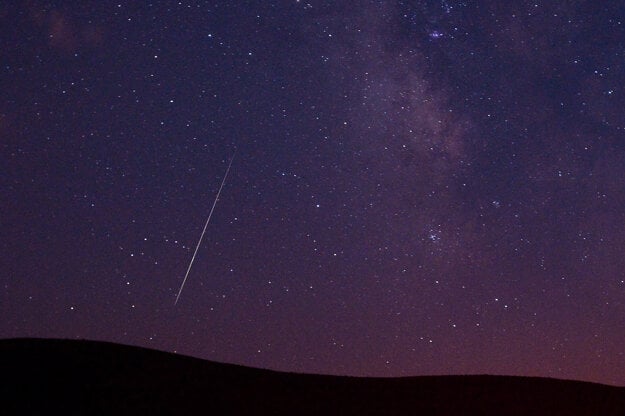 “It will only last a few hours,” the astronomer noted.

The vast majority of meteors will appear as soon as it gets dark outside, and they will be observable until midnight.

The Christmas comet will also fly above Slovakia. During the holidays and after the New Year, there will be perfect conditions for observing the 67P/Churyumov–Gerasimenko short-period comet.

A small telescope will suffice for observers, the academy noted.

In December, the comet will be visible two hours after sunset. In early January, people can observe the comet all night long.

Lomnica will reopen to skiers

Ski tracks and cable cars in another ski resort in the Tatras, Tatranská Lomnica, will go back into operation on December 18, following the example of the ski resort Štrbské Pleso from the past weekend. 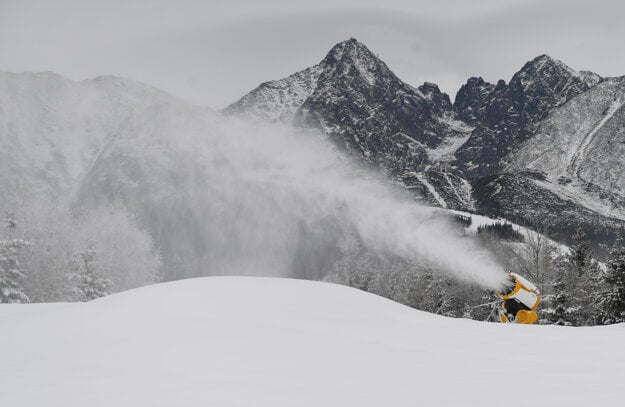 Tatranská Lomnica will kick off this year's ski season on December 18, 2021. (Source: TASR)

Only fully vaccinated people and those who have recovered from Covid can use the services in the ski resort, which will be open daily from 8:30 to 15:30. Restaurants and cafes will serve meals and drinks over takeout windows.

At Štrbské Pleso, people can ski on three slopes: Interski, Turistická and Junior. In Starý Smokovec, a funicular cable car to Hrebienok (ski resort) and a toboggan run from Hrebienok to Starý Smokovec are in operation as well.

Low Tatras: The ski season on Chopok peak in the Liptov region began last weekend, but the season in the Jasná ski resort was symbolically kicked off on December 15.

Other ski resorts across the country are gradually reopening.

United on a music bridge

Walking on an old railway bridge in Trenčín has become a rather unusual music experience, and it grows in intensity as more people gather on the bridge. 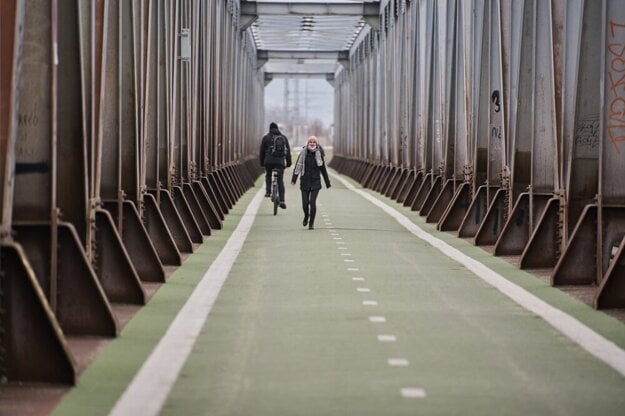 The old railway Trenčín bridge has been turned into a music bridge. (Source: Trencin.sk)

The construction reacts to people’s steps. If a person walks across the bridge, one of 16 musical compositions starts playing and other layers add up as more people come and join. So soon as they step off the bridge, the music stops. The song sounding from the bridge was composed by Toello from Trenčianske Teplice.

The civic association Trakt came up with the project to promote the idea of unity, cooperation and companionship in a time when Slovak society is extremely polarised. The pandemic is one of the reasons. “Though an individual plays a key role, they cannot play the song in full on their own,” said Štefan Oliš from Trakt, as quoted by the TASR newswire.

The bridge, used by walkers and cyclists today, is one of the major projects of the city of Trenčín, which has been named the 2026 European Capital of Culture. 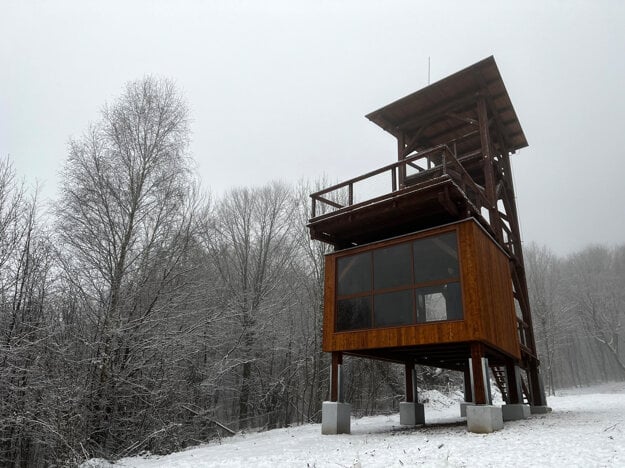 A new lookout tower above the town of Svidník, eastern Slovakia, also offers tourists the opportunity to sleep in a shelter below the tower. (Source: TASR)

Artworks as a universal ambassador

An image of a farmer in a folk costume with a pair of oxen next to an image of a Tatra truck, both with the High Tatras in the background, or folk ornaments literally questioned by conceptual artist Július Koller. 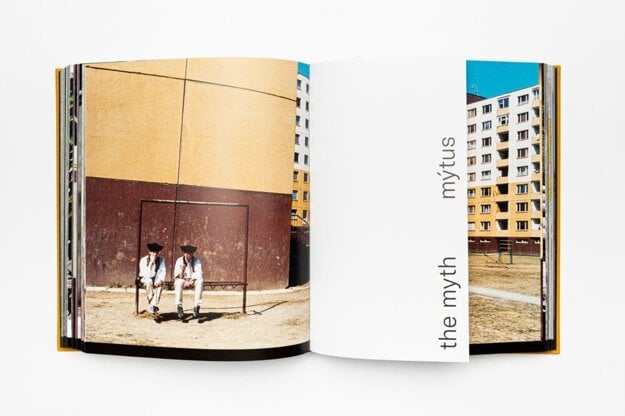 A painting of a struggle of rural Slovaks for a better life with the distinctive brushwork of the famed Martin Benka juxtaposed with an image by contemporary photographer Boris Németh, of two tanks with an ironic undertone somewhere in eastern Slovakia.

National gallery: The Slovak National Gallery in Bratislava will reopen on December 18, but only for the vaccinated and the recovered.

That is it for now. Stay healthy, stay safe, and enjoy the pre-Christmas weekend! – Peter