Žilina names its park after a Swedish architect

The first time a park in Slovakia gets named after a Swede. 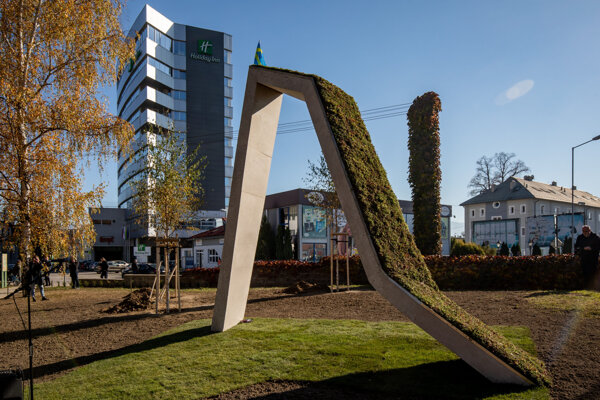 The monument in Carl Gustav Swensson Park in Žilina is inspired by a rock formation in the Súľov Rocks. (Source: Swenssonpark.sk)
Font size:A-|A+  Comments disabled

He worked on many landscape projects in several European countries, but none of the places has honoured Swedish architect Carl Gustav Swensson in the way Žilina did.

The city named a small park after the architect and installed a monument in his honour, in between Kysucká and Športová Streets.

More than 130 years ago, Swensson himself designed a park near Žilina’s Súkenka, a former cloth processing plant, his only work that has survived to date.

“If at the time Swensson lived more people had seen the world through the eyes of this architect, we might not have to deal with the climate change and waste treatment problems today,” said Žilina mayor Peter Fiabáne during the opening of the park.

The monument and the city’s new green space, carried out by the Servare et Manere civic association in cooperation with the Swedish embassy in Vienna, were designed by landscape architects Marek Sobola and Ján Janík along with artist Michal Janiga.

The artist decided to create a monument that would consist of two different but inseparable parts.

A part of the monument displays a portrait of Swensson modelled from wire. It is no coincidence that Janiga chose this material to create the architect’s silhouette since the wire craft had a long tradition in the settlements around the city back in the day. 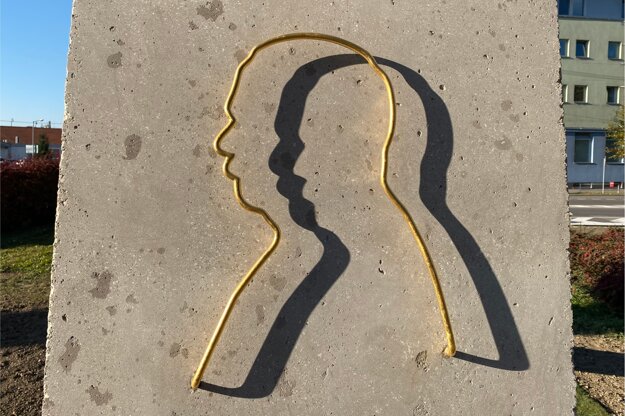 The second part of the new monument represents a 4.6-metres-high sculpture covered in grass on top. The inspiration for the artwork comes from the Gothic Gate, a rock formation in Súľov Rocks.

In addition, three ‘Dalecarlica’ birches, also known as Swedish birch trees, were planted close to the Žilina monument. This wood was discovered in Sweden in 1767 and has been Sweden’s national tree since 1985.

Replica of an old bench

Carl Gustav Swensson Park takes up, in part, the area of the park that Swensson created near Súkenka over a hundred years ago. However, more tree species have now been planted, including horse chestnuts, various lindens and maples, poplars and exotic woods. Each tree is numbered, and visitors can learn more about the trees thanks to a label and a QR code. 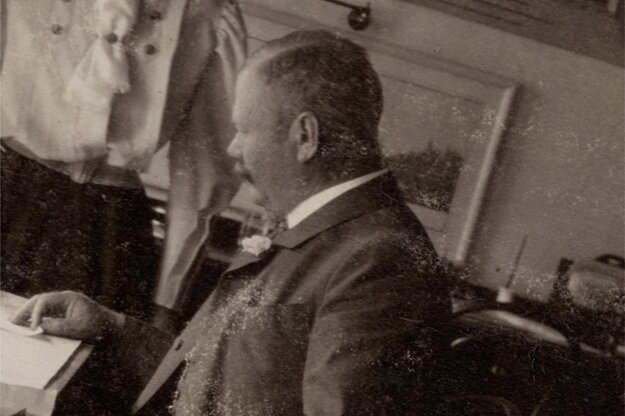 “We could say that we have created the city’s first miniature urban botanical garden,” Sobola said.

Until recently, a tulip tree with a trunk circumference of 282 centimetres grew in the area. The tree was one of the rarest woods used by Swensson at a time of creating the Žilina park.

Furthermore, information panels recounting the history of the cloth processing plant and the story of Swensson are scattered around the park, and Carl Gustav Swensson Bench is also installed here. This is a replica of a bench that the Swedish architect used in his original concept of the park.

Work for a textile entrepreneur

Swensson designed the green space around the Žilina factory as a nature and landscape park, one of the first parks in Žilina. Its area in 1922 was still quite large - 2.12 hectares. The park gradually shrank, but people can still see the remains of this park in the form of old solitary trees. 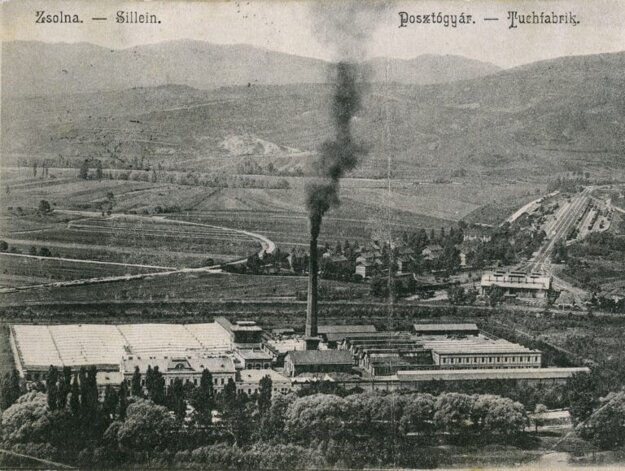 Súkenka, a cloth processing plant in Žilina, and its park in 1904. (Source: Swenssonpark.sk)

The architect also designed a garden around Carl Löw’s villa in the city. Löw was an entrepreneur involved in the textile industry, who established Súkenka in 1890. Swensson then went on to build a pavilion for the entrepreneur, in 1903, ahead of the Žilina Industrial Exhibition.

Speaking of the new park and the monument in Žilina, the mayor added: “May they be a living memento of human tolerance and care for the environment for us and future generations.”