Virtue of compromise in the EU’s digital policy-making: the case of targeted ads 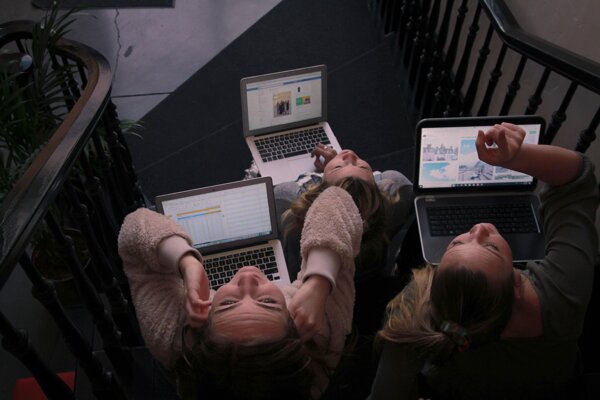 Filip Kužma is a research analyst at the EPPP – European Public Policy Partnership.

Digital Services Act (DSA) and Digital Markets Act (DMA) are some of the key legislative files that will define how the digital market in the EU should look in the decades to come. However, they could also be an example in EU studies textbooks, showcasing the complexities and nuances of policy-making processes in Brussels. This can best be demonstrated on the issue of a ban on targeted ads, which could pose serious problems for businesses, citizens and civil society alike, unless the virtue of compromise in the EU’s digital policy-making is respected.

With the DSA and DMA proposals, the European Commission intended to create fair and clear rules for digital market players – be it large online platforms or businesses and individuals using the services of these platforms. Among other measures, the EC wanted to boost the transparency of online advertising by obliging online platforms to inform the recipients of the service that a piece of information is an advertisement, what natural or legal person published the ad and what were the main parameters used to determine that the ad should be displayed to the respective recipient of the service (Art. 24, Digital Services Act). Thus, the EC intended to achieve an outcome where internet users would be better informed about online ads and their targeting.

However, soon after the proposal hit the table of the Members of the European Parliament, calls for an immediate outright ban on targeted ads started to grow louder and louder, for instance through the so-called "Tracking-Free Ads Coalition" uniting several MEPs. After dozens of discussions, hearings and social media campaign, the lead internal market committee (IMCO) finally agreed on a compromise text of the Digital Services Act on 14 December 2021.

IMCO’s resolution clearly demonstrates the virtue of compromise in EU’s policy-making leading to rational results. It maintains the DSA's horizontal nature as well as the essential intermediary liability principle, one of the tenets of EU’s digital regulations. On the issue of targeted advertising, more balanced approach was found in banning targeting only for minors. Yet, ahead of the vote of the European Parliament's plenary on the DSA at the end of January, there are still some MEPs and advocates attempting to shatter this compromise.

Targeted ads are essential part of online advertising enabling their creators to reach the intended audience more efficiently with lower costs. The ratio of users clicking on an ad and users who visit the website where an ad is displayed (click-through rate) is 5.3 times higher in the case of personalized advertising. It is estimated that EU businesses' spending on targeted online ads reached €16 billion in 2020. From the academic literature it follows that the ban would decrease the effectiveness of online ads by 50-70 percent, meaning that advertisers would have to spend 2-3.3 times more money on non-personalized ads to achieve the same results as with personalized ads (Center for Data Innovation). Other studies indicate that limiting personalized advertising could reduce the EU's GDP by €76-106 billion per year, amounting to €171-237 per EU citizen annually (Copenhagen Economics).

But it is not just about business. Targeted ads have proven to be very effective in raising awareness on social issues and gain funds for civil society. Research shows that personalized charity communication can increase the willingness of 44 percent of donors and interested individuals to donate up to 10 percent more and in the case of the millennials even 62 percent more money.

There are several successful examples of NGOs such as the Swedish Red Cross or Germany's Save the Children that noticed a significant increase in donations and awareness with their personalized campaigns (ThinkYoung Research). It is therefore no surprise that numerous political bigwigs, including Competition Commissioner Margrethe Vestager or French digital minister Cédric O, whose country currently holds the rotating EU Presidency, are opposed to an outright ban on targeted ads.

Hastily introduced DSA amendments could run counter to the personal data protection framework established around GDPR, which already provides robust safeguards against misuse. Moreover, the entire sector of targeted advertising is under transformation through the development of privacy preserving technologies.

Halting this evolution towards privacy-safe online advertising by a ban could harm the interests of businesses, consumers, publishers and also third sector actors working on important social issues. Let us therefore stick to the “virtue of compromise” instead of radical solutions that could harm economic recovery and benefit no one. Let rationality win in the EU’s digital policy-making.