Slovak passport among the top 10 most powerful passports

The Slovak passport has improved by one position in the y-o-y comparison.

The Slovak passport ranked ninth in The Henley Passport Index, which measures the strength of the passports based on how many countries and territories the passport holder can enter without a visa.

The Slovak passport improved its position by one rank in the year-on-year comparison. Among Slovakia’s neighbouring countries, Austria ranked fourth, the Czech Republic ranked 7th, and Poland and Hungary ranked 8th.

Slovakia shares the ninth position together with Lithuania. Both countries have 182 points in the ranking, meaning that people can travel with their passports to 182 countries without needing a visa. 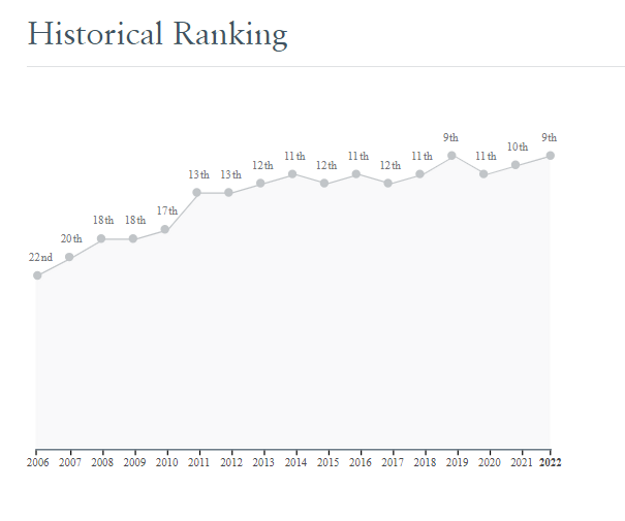 Singapore and Japan have the strongest passports; holders of either passport can travel to 192 destinations visa-free.

Afghanistan currently has the weakest passport. Citizens of this country can only travel to 26 states and territories.