Zoltán Demján: Only tracks in the snow should remain after us 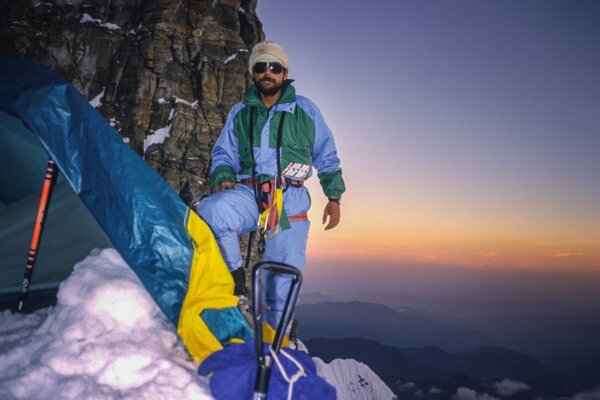 “The Himalayas and mountains taught me humility, which for me means an acknowledgement of, and respect for, universally valid principles such as gravity and balance,” Zoltán Demján says in the opening scene of the film ‘Dhaulagiri Is My Everest’.

As the world-renowned Slovak climber cooks his favourite Nepalese meal, dal bhat, on a wood range in the cosy, warm, kitchen, at his weekend cottage in Zázrivá, he talks about his expeditions in the snow-covered Himalayas and what he learned from them.

​In the one-hour documentary film by award-winning Slovak documentary filmmaker Pavol Barabáš, which premiered in mid-January, having already won Grand Prix as well as the audience award at the Poprad International Festival of Mountain Films in October 2021, Demján explains what is so important to him about the style.

“The Alpine style is an amazing school for clean living,” says Demján, 66.

Nothing is a coincidence