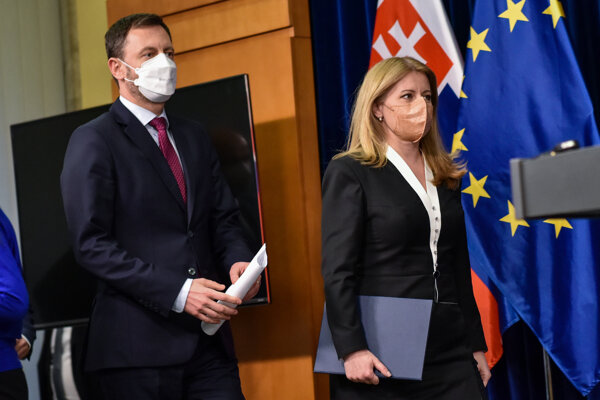 On Tuesday afternoon, top representatives of the state met for the Security Council meeting over the Kremlin's decision to recognise two separatist republics in eastern Ukraine, Donetsk and Luhansk.

President Zuzana Čaputová said that Slovakia is not facing direct military threat today, but in the case of further escalation, it will have to cope with a migration wave of citizens from Ukraine fleeing war in their country.

According to the president, Russia's recognition of the two breakaway territories can be described as an occupation of a sovereign country.

The Security Council also discussed the preparedness of ministries and systems to deal with the situation. 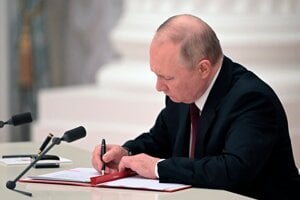 The Slovak president and prime minister both reported that a significant growth of disinformation has been observed in Slovakia.

PM Eduard Heger (OĽaNO) stressed that Slovakia is standing on the right side of history, as part of a coalition of countries denouncing the Kremlin’s steps and ready to do everything to maintain peace.

“Russian imperialism has to be stopped,” Heger stated. “President Putin cannot feel that he can create a Russian protectorate in Ukraine by force. Our own security is being decided on the Ukrainian borders.”

No NATO troops to arrive in Slovakia now

Defence Minister Jaroslav Naď (OĽaNO) said that there has been no increase in migration on the Slovak-Ukrainian borders, but the Slovak authorities are ready to deal with this if necessary.

Naď said that about 100 to 120 Russian battalion combat groups are located in the Donetsk and Luhansk territories, while other groups are in Belarus.

There are no NATO troops arriving in Slovakia for now. However, Naď said that several NATO allies are asking to strengthen the eastern border of NATO, part of which is the Slovak-Ukrainian border. He added that if Slovakia feels a threat on its eastern border, measures will be swiftly adopted.

“For now, we are not at a point where we need to decide on anything specific,” he said.

Ousting Russian diplomats from Slovakia has not been discussed. But the ministers are “100-percent united" on support for sanctions against Russia.